It seems like corporate policy is significantly pushing towards a US net zero goal for carbon emissions. 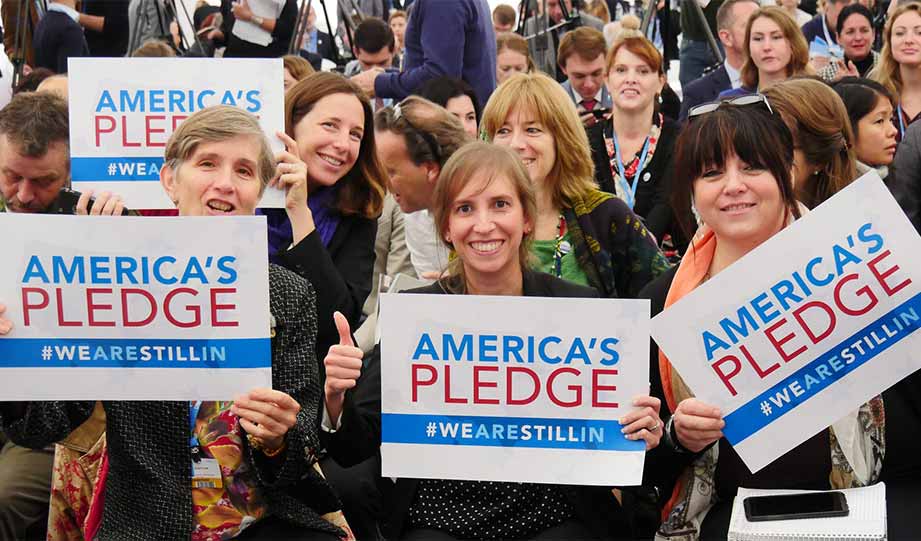 It seems like corporate policy is significantly pushing towards a US net zero goal for carbon emissions.

Two organizations called America’s Pledge and We Are Still In took the initiative to engage in a bottom-up approach to sticking with the Paris Agreement.

These organizations reached out to municipal and state governments, as well as non-profit academic institutions, and business leaders from some of the largest corporations.

With the White House pulling out of the Paris Climate Agreements just a few years ago, many people believed this would set an unsustainable path for the US economy.

It certainly seemed like a difficult situation to see any room for improvement.

But with America’s Pledge and We Are Still In’s initiative, the result has been a much larger commitment by corporations to tackle carbon emissions.

Triple Pundit has some examples from one of the world's wealthiest companies and the changes they are making.

“Google became the latest company in the negative-carbon category on Monday, when CEO Sundar Pichai announced that the company will follow up on its track record of leadership on carbon neutrality and renewable energy by working toward “a carbon-free future for everyone.”