On Earth Day, 40 global leaders attended a virtual climate summit that is part of a visible push by the U.S. to reinforce its commitment to tackling the climate crisis. 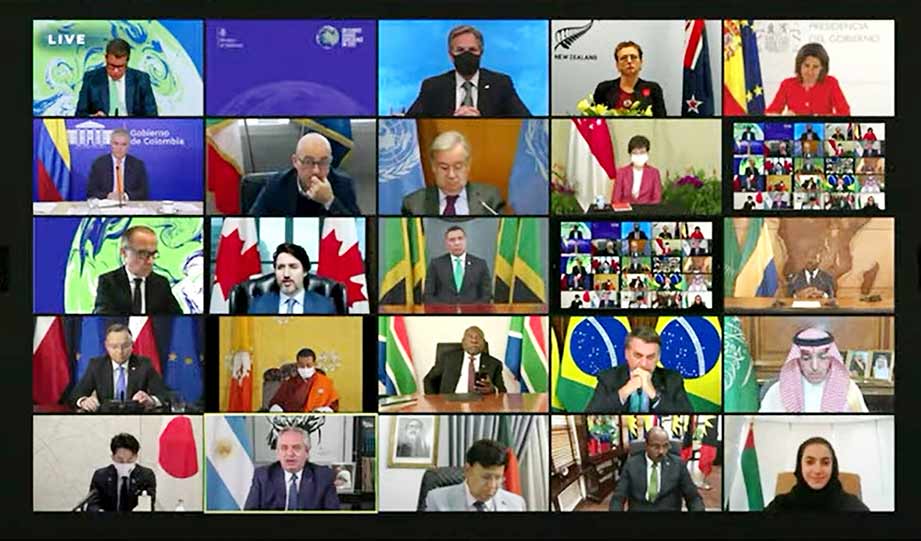 On April 22 and 23, a group of 40 global leaders took part in a virtual climate summit convened by the White House.

Intentionally organized on Earth Day, the summit is part of a visible push by the United States to reinforce its commitment to tackling the climate crisis.

According to Treehugger, the summit is also an effort to show President Joe Biden is determined to lead in the issue on the global stage after the Trump administration dropped out of the Paris Agreement.

“No nation can solve this crisis on our own,” Biden said in his opening remarks. “All of us, all of us and particularly those of us who represent the world's largest economies, we have to step up.” Biden announced a new target for the United States to cut greenhouse gasses by 50% to 52% from 2005 levels by 2030.﻿ This nearly doubles the target emission cuts laid out by the Obama administration in 2015.

Leaders of some of the biggest economies also announced plans to make serious emissions cuts.

Canada’s Prime Minister Justin Trudeau set a new goal for Canada to cut emissions by 40% to 45% by 2030.