To help with plastic waste in the oceans, a French boat racer designed a sailboat that gobbles up plastic waste and turns it into fuel. 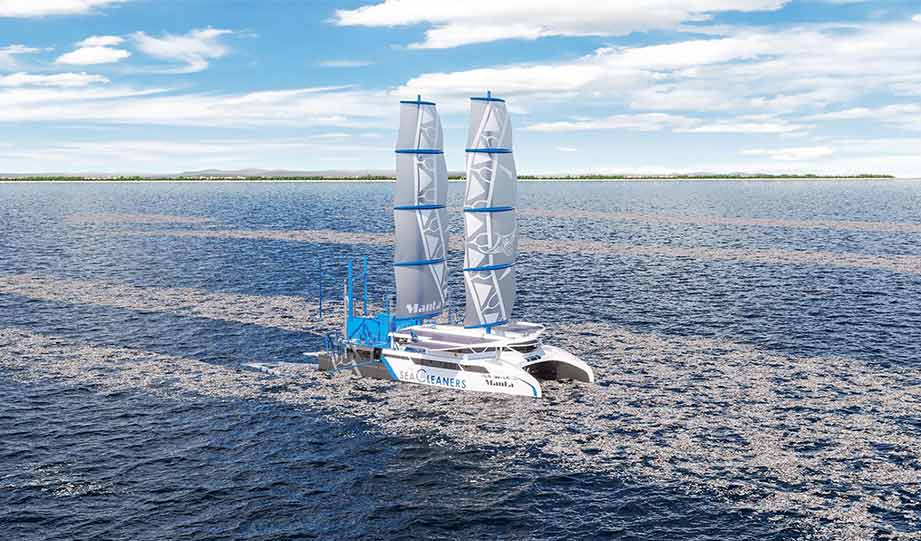 The UN is warning that each year there is 8 million plastic waste in the ocean, and if nothing is done by 2050, our oceans will have more plastic waste than fish in them.

To help with plastic waste in the oceans, Yvan Bourgnon, a French boat racer, designed Manta. This 56-meter long catamaran gobbles up plastic waste it runs into and turns it into fuel to power the boat.

According to Inceptive Mind, Manta has a custom electric hybrid propulsion system, which is great for operations that need low speed, such as entry and exit from ports and waste collections.

“Around 500kW of onboard renewable energy is generated via two wind turbines, 500 square meters of photovoltaic solar panels, two hydro-generators under the boat, and a waste-to-energy conversion unit (WECU). The power supply from renewable energy sources will allow the Manta to operate 75% of the time autonomously, without using fossil fuels, and with a minimal environmental footprint.”

Manta can collect 1 to 3 tonnes of waste per hour, from 10mm upwards and one meter deep. There’s a waste sorting unit onboard and waste-to-energy conversion that converts the plastic waste into electricity that powers all of the equipment the ship uses.

Bourgnon hopes that the vessel will be built by 2024, when it’ll work in particularly dense waste pollution areas, such as Asia, South America, and Africa.