Amazon Rolls Out Its Electric Delivery Van — The First of 100,000 Planned 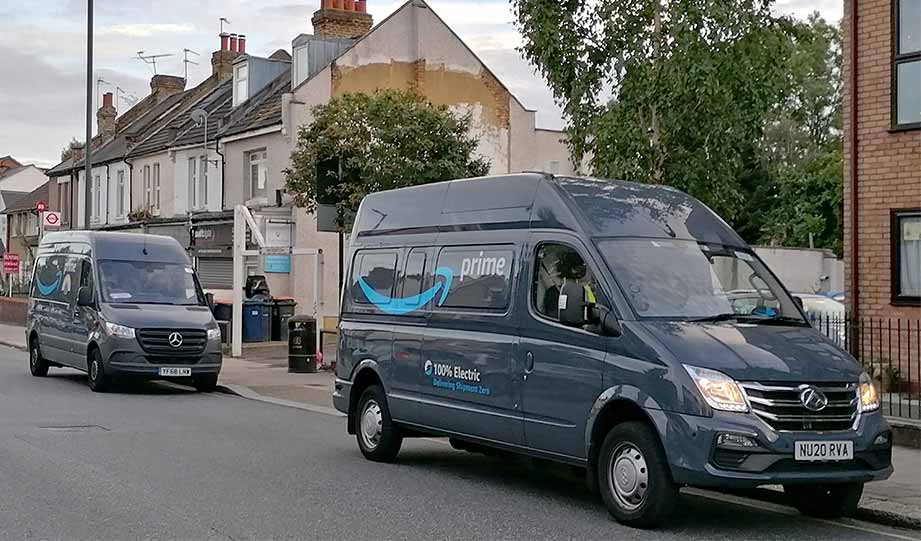 These days Amazon is showing off its first custom delivery vehicle, which we could see buzzing on the roads and delivering packages on clean energy in the next year.

“The company first announced in February that it ordered the custom delivery vehicles from electric vehicle maker Rivian. The electric vehicles will help Amazon reach its goal of being carbon neutral by 2040 for The Climate Pledge, and help Amazon continue to grow its logistics workings.”

The company says that the new Amazon delivery van was designed with input from current delivery drivers and has gone through several improvements already.

Amazon delivers 2.5 billion packages per year and is about to become one of the largest package deliverers in the US.

At the beginning of 2019, Amazon delivered 20 percent of its own packages, and by the end of the year, it was delivering almost half.

That’s a lot of “cargo miles” and a new fleet of electric vans should take a big chunk out of the carbon block.