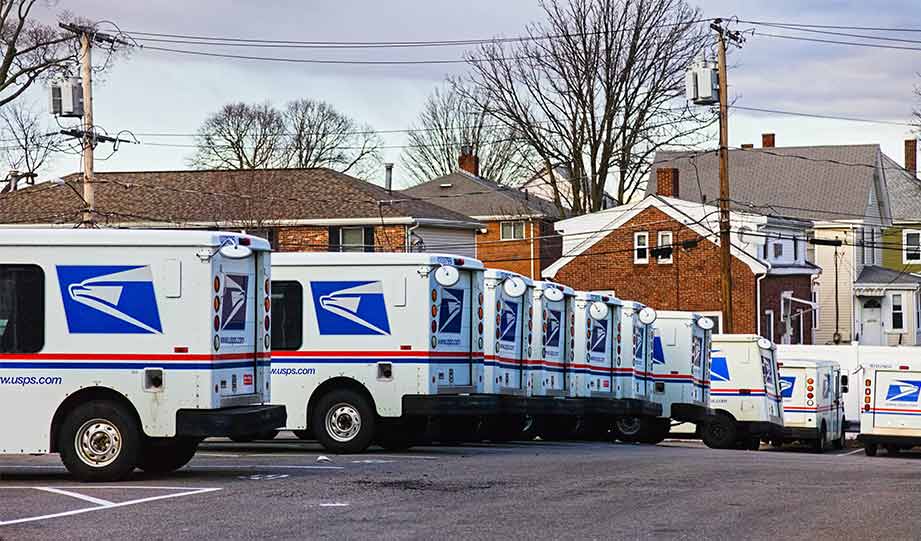 Inhabitat reports that the delivery fleet modernization came right in time for the USPS, as it’s been facing stiff competition from private parcel carriers and has endured criticism over being less reliable.

The move to modernize the fleet is part of the USPS’s bigger plan to once again become the nation's preferred delivery service provider.

Oshkosh Defense is finalizing designs for the Next Generation Delivery Vehicle (NGDV). The plan is to assemble 50,000 to 165,000 of the new right-hand-drive mail and package delivery vehicles over the next decade. The vehicles will have either battery electric powertrains or fuel-efficient internal combustion engines. USPS plans to design them so that they can be easily retrofitted as electric vehicle technology evolves.

NGDV includes a host of safety features, including advanced braking and traction control, 360-degree cameras, and a front- and rear-collision avoidance system.

The USPS fleet currently includes more than 230,000 vehicles, which are some of the hardest working vehicles on the road.

This considering, the planned cut in emissions is more than welcome.