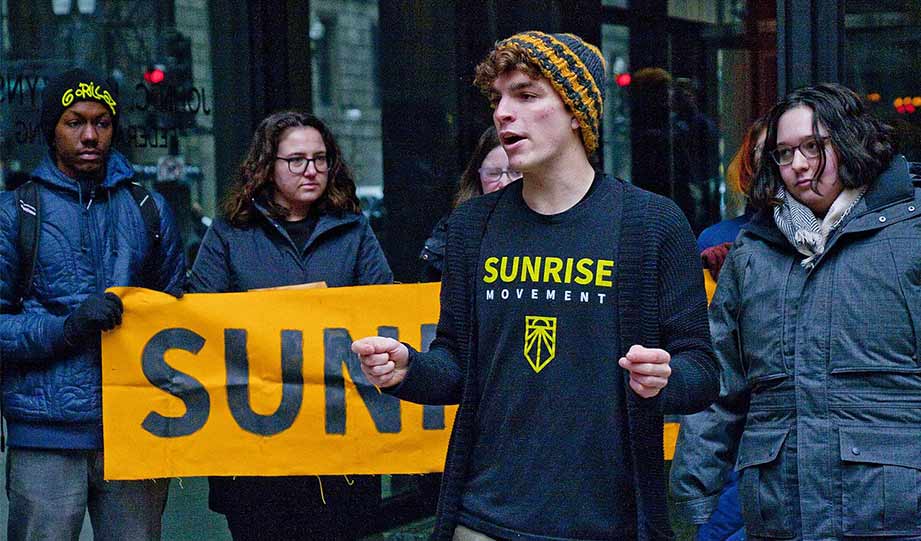 The Sunrise Movement has launched its “Good Jobs for All” campaign, demanding that lawmakers come up with a robust recovery package that guarantees a good job to anyone who wants one.

New jobs would employ millions of people to build a new energy grid, care for the older folks, teach little kids, and restore parks that have fallen in disrepair.

According to EcoWatch, the Sunrise Movement hopes that new jobs will put the country on a path towards a Green New Deal.

"In the richest country in the world, no one should go without a good job," said Varshini Prakash, executive director of the Sunrise Movement. "For years, our movement has been demanding a Green New Deal that fulfills Franklin Delano Roosevelt's promise and Coretta Scott King's dream through guaranteed good jobs and a better society.”

Joined by Rep- Ayanna Pressley (D-Mass), the Sunrise introduced their Good Jobs for All Pledge, calling on President Joe Biden and Congress to immediately enact an economic recovery plan that meets the scale of the overlapping crises society is facing.

Pressley, who is a Green New Deal co-sponsor, recently introduced the Federal Job Guarantee Resolution, which aims to make “meaningful, dignified work," at a liveable wage guaranteed by law.

Backers of the pledge also vow to shift every sector of the economy to 100% clean, renewable energy over the next decade.