As the palette of plant-based foods keeps growing, beef and turkey jerky now have a sustainable alternative. 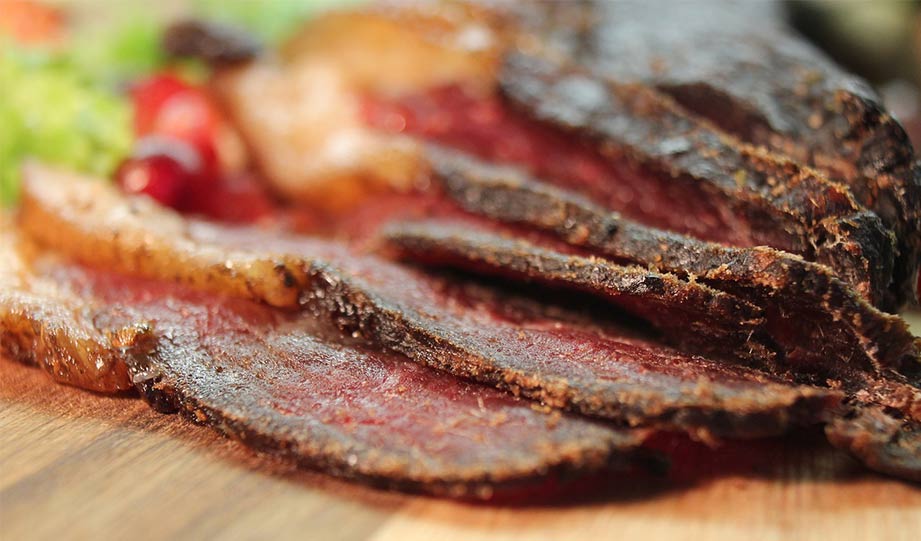 As the palette of plant-based foods keeps growing, beef and turkey jerky now have a sustainable alternative.

Plant-based jerky is a great option for vegans, vegetarians, flexitarians, reducetarians, and all those looking for a non-meat snack alternative that is still rich in protein.

Texas-based All Yall’s Foods, for example, launched a line of soy-based jerkies with Southwestern-inspired flavors like Prickly Pear Chipotle.

But why would a red-blooded Texan company such as All Yall’s Foods switch meat for soy?

According to Entperpreneur, it’s for the same reasons that many Americans are cutting on their intake of animal products.

“Farming livestock has a greater environmental impact than farming plants, not to mention the ethical quandaries surrounding eating animals. And on top of all of that, their soy jerky packs a greater nutritional punch -- that is, more protein, iron, calcium, and magnesium -- than beef jerky, without the cholesterol and other health concerns carried by meat.”

Soy isn’t the only plant that can make jerky taste savory and meaty. Upton’s Naturals is launching its own variety of jerky made of wheat protein, while at Pan’s, they decided that mushrooms have an ideal meat-like structure and delicious earthy flavors. Their Mushroom Jerky is guaranteed to impress even hardcore meat-eaters.