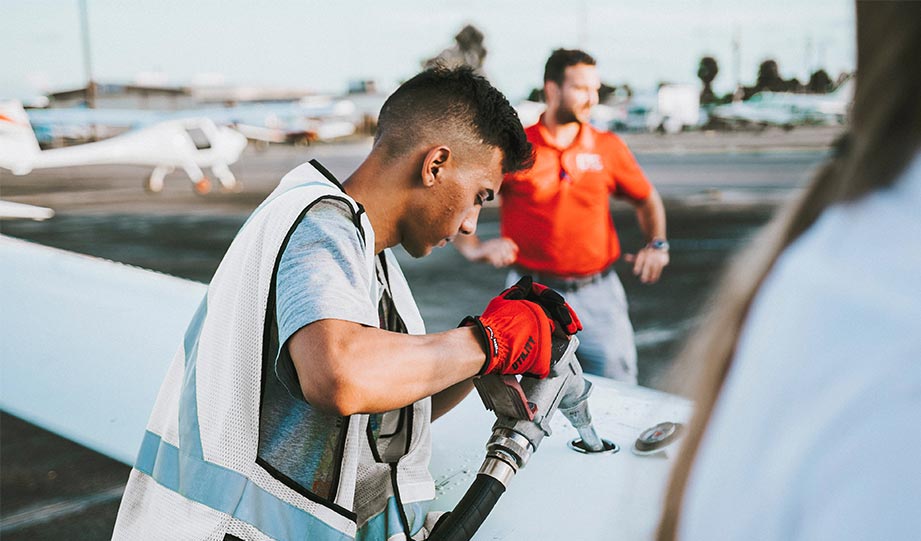 Food waste could become an important resource in producing aviation fuel, according to a recent study.

Since it’s estimated the aviation industry emissions are going to double pre-pandemic levels by 2050, researchers are working on viable biofuels that will allow for net-zero air travel.

According to Inhabitat, a study by the National Renewable Energy Laboratory (NREL) reveals that using food waste to generate sustainable aviation fuel (SAF) will provide a solution to two environmental problems.

“Plenty of food waste ends up in landfills, where it generates methane gas, one of the most dangerous greenhouse gases. The researchers found that this biofuel has a 165% decrease in net carbon emissions compared to standard fuel. In addition, the low aromatic content of current SAF routes has been shown to reduce soot formation and aviation-related aerosol emissions by 50 to 70%, which can significantly impact the net global warming potential.”

Some leading aviation companies have already started investing in SAF hoping to find a solution that can be used on a large scale.

Southwest Airlines is working with NREL and other organizations on a technology demonstrator that is getting closer to commercial viability.

Derek Vardon, NREL scientist and co-author of the study says it could take a year or two for companies like Southwestern to get the fuel regulatory approvals to start using SAF in commercial flights.