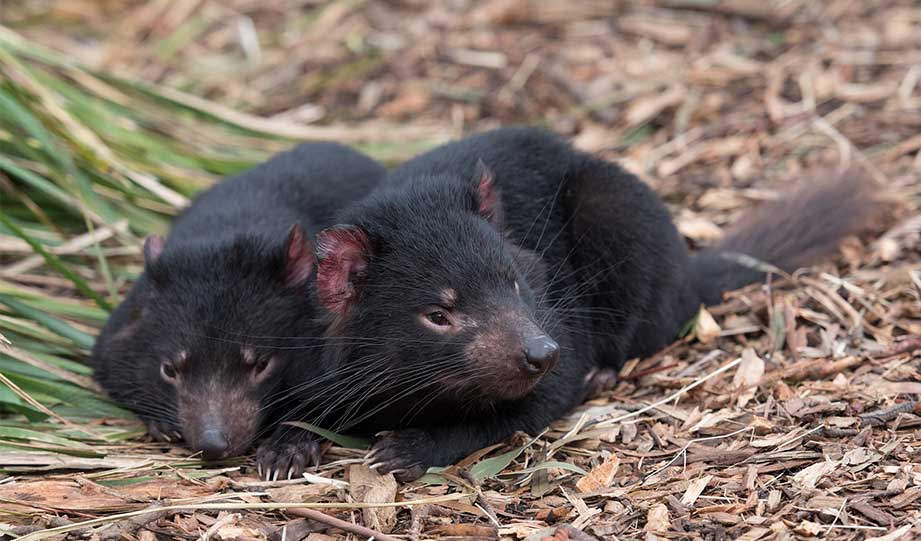 Not many people know that the Tasmanian devil once also lived in mainland Australia, where it played a vital role in maintaining healthy forest ecosystems.

Before the arrival of Europeans, Australia’s ecosystem had been evolving over 40 million years, forming deep and complex interrelationships that kept it resilient.

However, foxes and cats that came with the British quickly became top predators, destabilizing the native food chains.

To make things worse, a vast European rabbit population took a heavy toll on the vegetation undergrowth that provided shelter to small mammals like bandicoots, bettongs, and potoroos.

According to a video from Sustainable Human, these small mammals are essential for maintaining healthy ecosystems because their digging for food helps mix organic matter into the soil. By burying leaf litter they help reduce fuel loads, making bushfires less destructive.

Larger mammals, like wallabies and kangaroos, became abundant in the absence of native predators and only added to the loss of vegetation cover.

Cats are known to avoid areas with healthy devil populations, allowing small mammals to survive and play their role as ecosystem engineers.

Wallabies and opossums may also recognize the devils as species to avoid and retreat deeper into the forests, helping restore the ground vegetation.