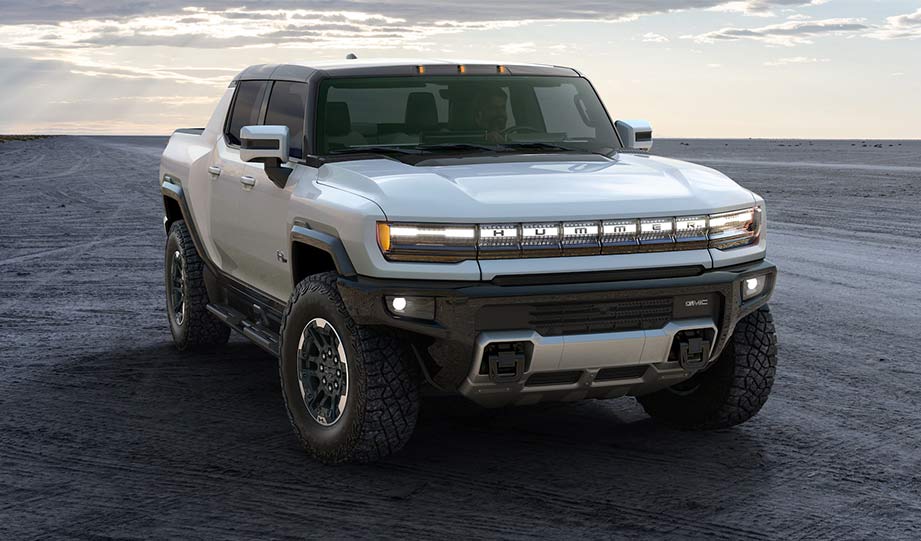 The Hummer, the big military-style truck once popularized by Arnold Schwarzenegger, sadly became a gas-guzzling symbol of American excess and after two semi-successful redesigns, was discontinued in 2010.

According to NPR, the electric Hummer will have three electric motors totaling 1,000 horsepower. It can go from 0 to 60 in about three seconds and has a range of 350 miles on a full charge.

"The irony is not lost on anyone that this former gas-guzzler is coming back as an electric vehicle," said Ivan Drury, Edmunds' senior manager of insights. "With that said, by demonstrating that 'big' doesn't necessarily mean inefficient, the HUMMER EV also represents a monumental paradigm shift."

The electric Hummer will have a suspension height that can be raised about 6 inches for off-roading, but also a feature called “Crab Mode,” in which tires can drive diagonally for negotiating difficult terrains.

Despite its steep price of $112,595, the initial reservations sold out within an hour.

Which American car icon would you like to see brought back as a full EV?