The black-browed babbler of Indonesia, thought to be extinct, has been rediscovered after 170 years. 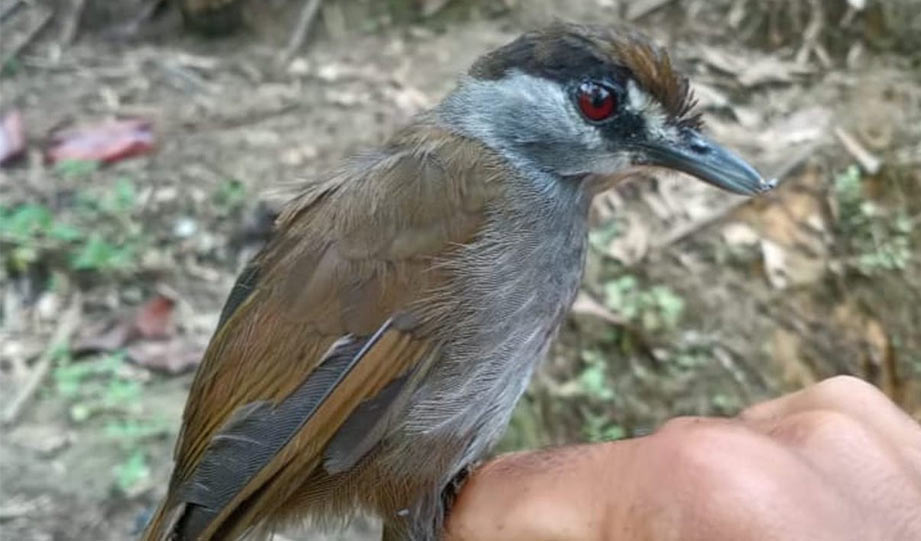 The black-browed babbler of Indonesia has long had a question mark next to it in nature books when it comes to status and location.

It hadn’t been seen or observed in over 170 years until its rediscovery in 2020, when the first photos emerged.

Mongabay News provided some interesting details about the bird thought be extinct in a recent report.

“There is only one specimen of the black-browed babbler, which was collected by German naturalist Carl A.L.M. Schwaner sometime between 1843 and 1848. The specimen, which is the holotype for the species, is currently housed at the Naturalis Biodiversity Center in the Netherlands.”

It was a local man named Panji Gusti Akbar who made the discovery, and scientists have confirmed that there is no other bird that matches the size and feather coloring.

Researchers need to do a lot more analysis and observation to learn more about where this bird has been hiding so well for over a century to determine how rare it actually is.

Some early indications suggest that it has always been in this area and hopefully, it evolved to hide from humans and protect the species.