Frustrated by the accumulating waste in her hometown of Nairobi, Nzambi Matee founded Gjenge Makers, a startup that transforms plastics into sustainable yet extremely durable construction materials. 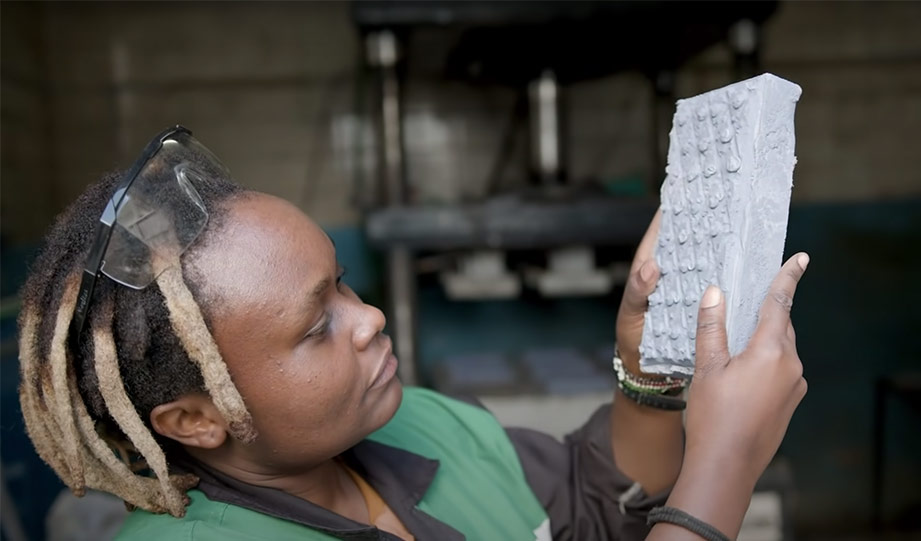 Plastic waste is a global problem that inspired young Kenyan materials engineer Nzambi Matee to find a new circular use of plastic.

Frustrated by the accumulating waste in her hometown of Nairobi, she founded Gjenge Makers, a startup that transforms plastics into sustainable yet extremely durable construction materials using machines that Matee invented herself.

Rather than reaching a landfill at the end of their usefulness, the plastics are shredded and combined with sand. Under high heat and compression, the new material is formed into colorful bricks of varying size and thickness. These bricks have tested at five to seven times the strength of concrete. They are ideal for building walls, paving driveways, and other construction needs. They're also affordable—they cost only $7.70 per square meter of laid brick.

Since the production began in 2017, the factory has processed 20 tons of plastic waste and reached production levels of 1,500 bricks per day.

Matee was recently recognized as one of seven 2020 winners of the Young Champions of the Earth sustainability honor from the United Nations.

Apart from seed funding, the winners received the chance to get their ideas before the most powerful global decision-makers.

Here's a video from the UN Environment Programme about Nzambi Matee and her incredible work with palstic bricks.