The Swinhoe’s softshell turtle is one of the most endangered turtles on earth, but researchers have managed to locate a fully grown female near Hanoi, Vietnam. 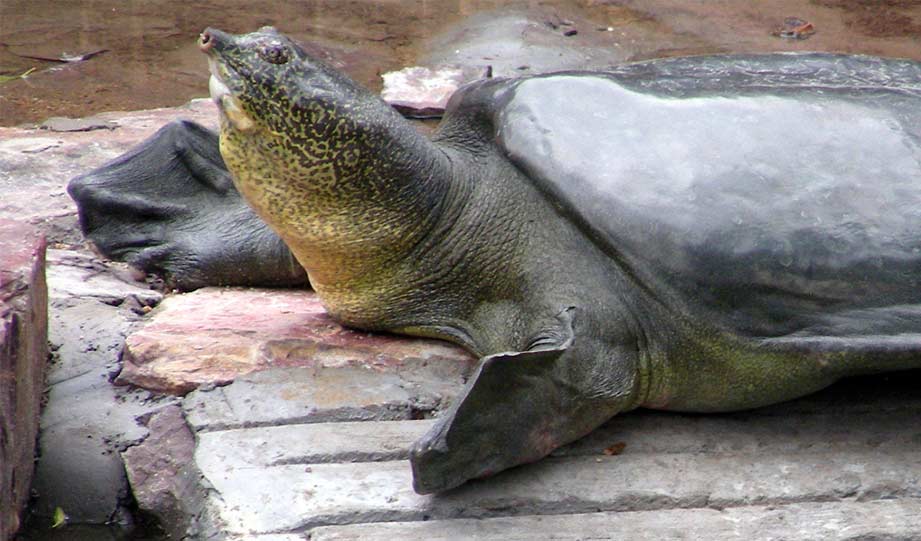 The Swinhoe's softshell turtle is one of the most endangered turtles on earth, but researchers have managed to locate a fully grown female near Hanoi, Vietnam.

This is a significant find for an artificial breeding program that aims to boost both the captive and wild living population.

A report in Live Science shared some details about the only previously known living female.

“The last other known female Swinhoe's softshell turtle died in April 2019 at Suzhou Zoo in China, where she was paired with the male that still resides there today. Unfortunately, the two were unable to naturally reproduce, and she died unexpectedly after being put under anesthesia in an attempt at artificial insemination.”

To add to the good news, researchers believe they have found evidence of at least one other turtle in the same lake, and they are now collecting DNA evidence from other sites to figure out how many might still be in the area.

The next step is to artificially inseminate the female and carefully monitor her to identify where she lays her eggs. Protecting the site and the eggs will be the main priority to ensure the species' survival.