A New Climate-Friendly Snack For Cows

Two species of crimson seaweed could neutralize one of the biggest sources of greenhouse gas — methane emissions from the digestive processes of livestock. 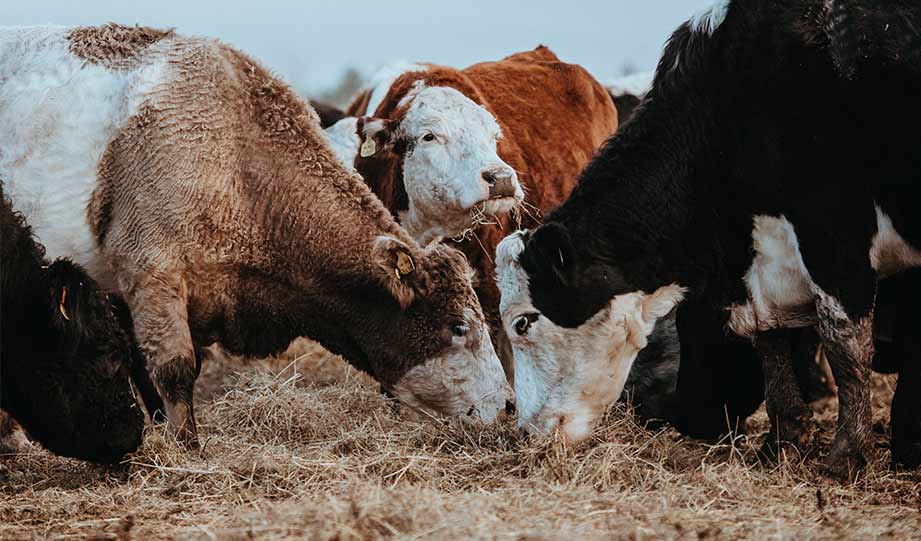 Two species of crimson seaweed could neutralize one of the biggest sources of greenhouse gas — methane emissions from the digestive processes of livestock.

Reducing methane that escapes from burping and flatulence has long been a goal of scientists and policymakers. But little could be done without affecting the fundamental animal biology.

However, scientists have discovered that adding a small proportion of this seaweed to a cow’s daily feed — as little as 0.2 percent — can reduce the amount of methane by 98%.

According to the Washington Post, livestock account for about 15% of global greenhouse gas emissions, and nearly 40 percent is related to methane from the digestive processes

“When a cow eats grass or other fibrous plants, microbes inside its rumen, or first stomach, use carbon and hydrogen from the fermentation of those plants to produce methane, which escapes from the cow mainly through burping, although about 5 percent is released through flatulence.”

Asparagopsis and other types of seaweed have specialized cells that produce a compound called bromoform, which blocks carbon and hydrogen atoms from forming methane in the cow’s stomach.

Interestingly, cows have been eating seaweed for probably as long as there have been cows. Evidence shows that herders in ancient Greece fed their cows seaweed.

Without even realizing it, those guys and gals were the pioneers of sustainable agriculture.