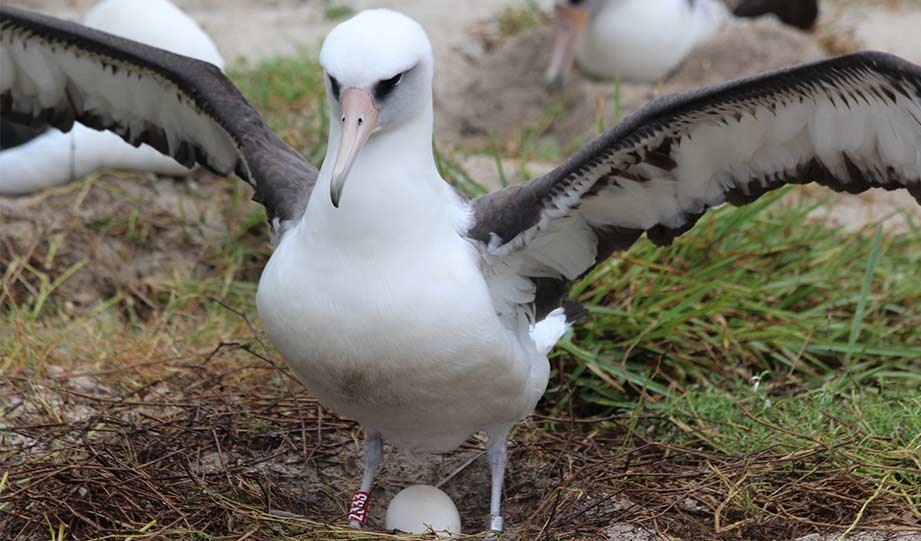 The Midway Atoll in the Pacific Ocean is home to the oldest known wild bird, with an incredible age of 70.

Who would have known birds can live that long? But what’s more surprising is that this old albatross has had a new chick.

The Smithsonian Magazine ran a report on these birds and their habitat, which makes this news story even more inspiring.

“Midway, two tiny islands that once housed a World War II military base, is the nesting site for nearly three-quarters of the world’s Laysan albatrosses as well as 40 percent of black-footed albatrosses and some 20 other bird species. But this vital habitat is threatened by climate change-driven sea level rise while the albatross themselves are being killed by plastic pollution and, since 2015, a scourge of invasive house mice, per the USFWS.”

The fascinating thing is that researchers attached a red band to this bird back in 1956, and she has outlived those scientists.

Today, conservationists believe that the bird named Wisdom might be older than 70 as the initial estimates of her age in 1956 may have been on the low side.

The fact that these amazing giants of the sky are able to hatch chicks into such an old age provides hope for the survival of this species.