Computers in Africa Constructed from E-Waste and Jerrycans

West Africa has long been a repository for much of the developed world’s outdated and obsolete electronic waste.  This is due to many factors, including: the capital intensiveness of recycling e-waste, lax labor and environmental laws, and a… Read More 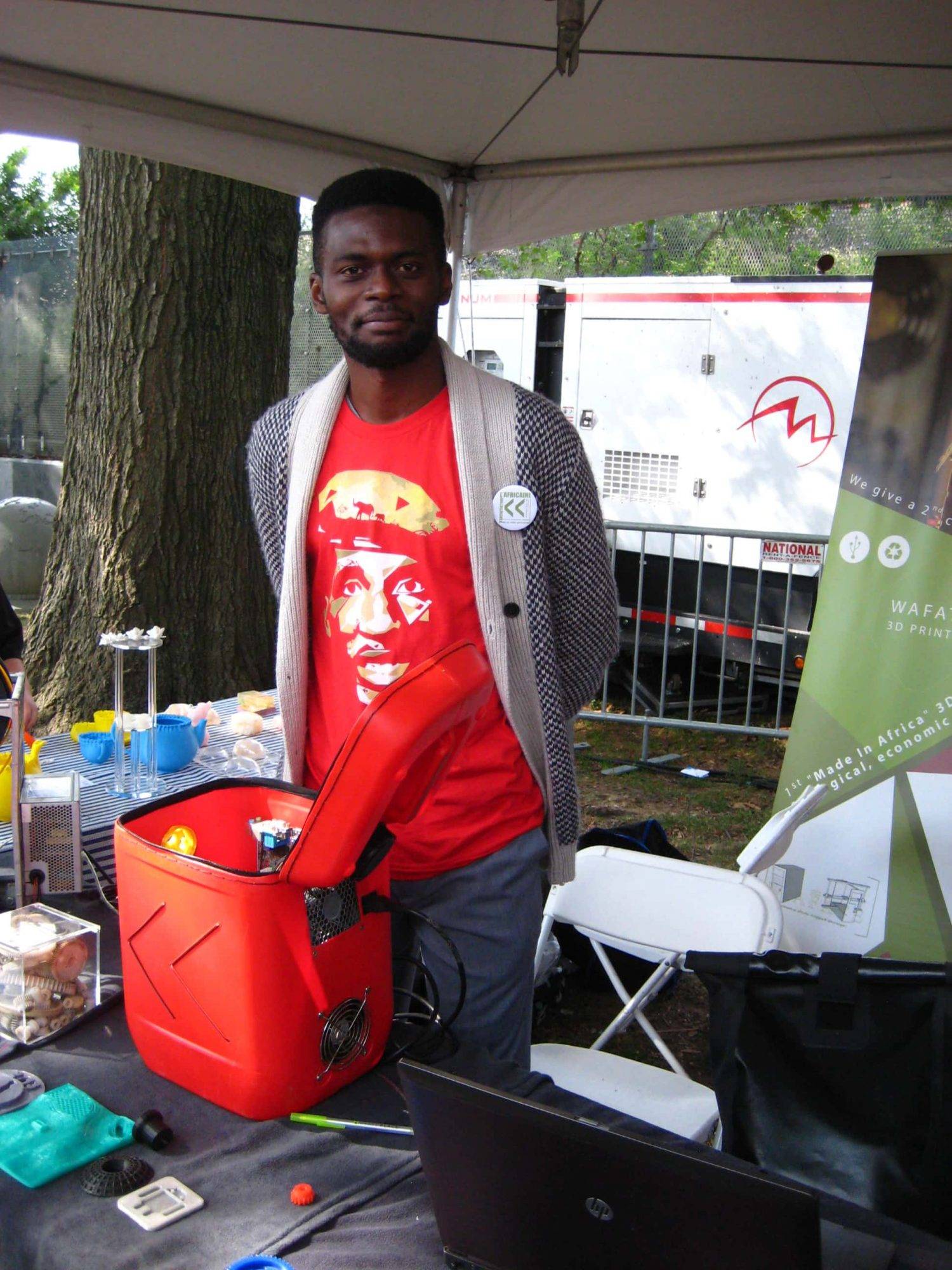 West Africa has long been a repository for much of the developed world’s outdated and obsolete electronic waste.  This is due to many factors, including: the capital intensiveness of recycling e-waste, lax labor and environmental laws, and a lack of political will to jumpstart change.  However, in 2013 Kodjo Afate Gnikou did something that had, and still has the potential to alter the relationship between Africa, and its e-waste issue.  In Togo, on the coast of west Africa, Afate designed and built a 3D printer out of spare electronic parts, as well as electronic scrap.  Using crowdfunding, and WoeLab (a space for people to work on things) Afate created a device that could revolutionize the way Africa handles the waste that is brought to its shores. Though Togo is not hit the hardest (Ghana, Benin, Ivory Coast, Nigeria and Liberia) by the waves of e-waste sent by industrialized nations, this breakthrough has serious ramifications for technology in Africa.
Soon after Afate’s 3D printer was constructed, WoeLab continued on the path of making new technologies out of discarded e-waste.  By taking parts from trashed computers and servers, a team at WoeLab constructed new computers, which they call  “W.Jies.”  These computers are housed inside Jerry cans, or containers commonly used to transport water, or gasoline.  These devices are currently being sold for approximately $100 and represent a huge shift in the technology dynamic in Africa and offer people in the area a cheaper alternative, with a much smaller environmental footprint.  By reusing electronics in unique ways, instead recycling them in harmful ways Afate helps Togo become a beacon of light in the dark world informal electronics recycling.  These developments are important because reusing discarded items are much more environmentally sound then recycling, due to lower energy expenditures on the physical recycling process, and the increased value of the original production process.  Many companies, such as GreenCitizen, see the value in reuse over recycling, and try their best to promote the best environmental outcome possible.

A humorous look at the not so funny ewaste problem.

This is a great story, thanks.
There would be a lot less PCs thrown away if the operating system company (you know who) did not cancel support for a system used by 90% of companies and individuals, replacing it with a better (?) opsys requiring 10 times the performance in the hardware, or to be succinct, we had to throw our old, good working PCs away! Even sadder, it completes tasks, like opening a spreadsheet file…… slower.
JW

Wow…this should be done by all the nations who are facing issues of e-waste.

It is really saddening to see how we throw away unneeded e-waste towards undeveloped countries. I’m glad to see that they are turning them around and using them again! We all have something to learn from this!

I am surprised to see such significant recycling work done on electronic waste in African countries to benefit them also. I truly appreciate this kind of creative work to save environment as well.