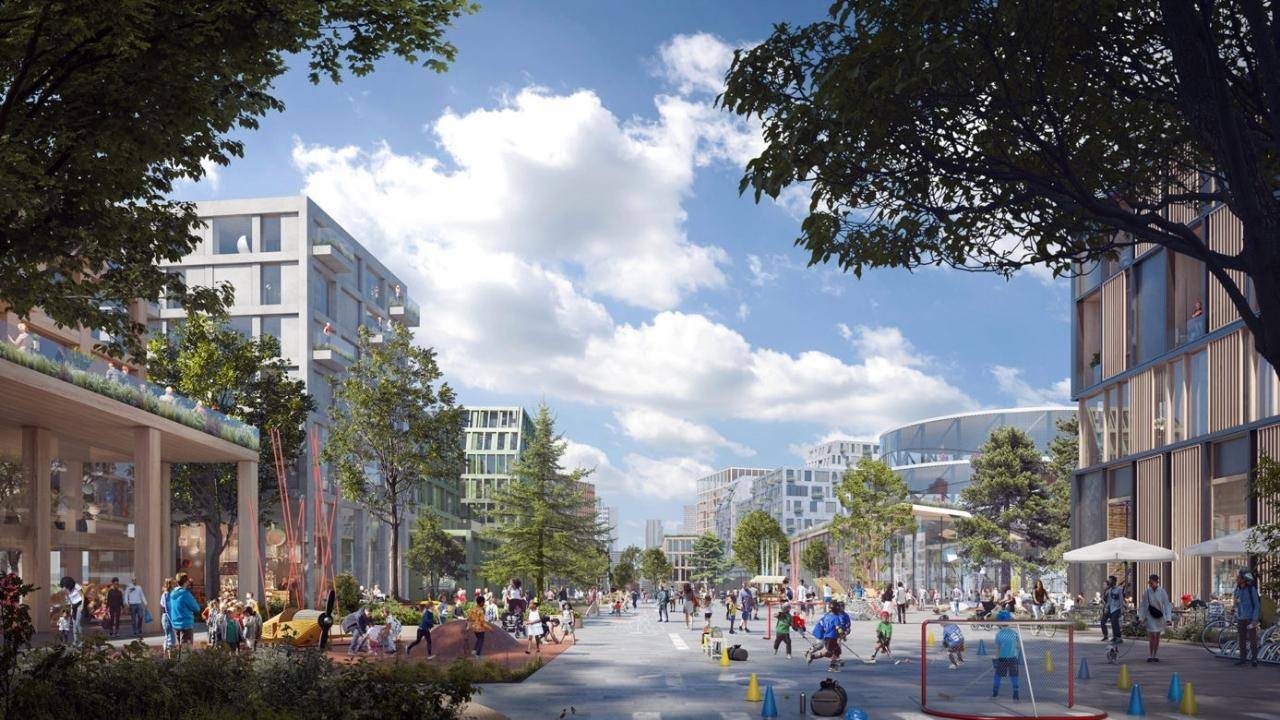 The award is presented to international proposals that use cutting-edge designs that address major world issues like climate emergency and community resilience.

Downsview was operated by de Havilland Aircraft of Canada where they used to build wooden Mosquito airplanes during WW2.

Now the airport is being converted into housing and workspace for 80,000 people in a 15-minute city.

According to Treehugger, the city will cover 520 acres and will have subways, rail lines, and highways at its doorstep.

"In Downsview we introduce a whole new hierarchy for how to design our cities and our communities. By putting nature first, we create a new way of living in Toronto centred on biodiversity, climate resilience, local identity, and strong community. We call this design approach 'City Nature'. City Nature is a both/and approach to urbanism that weaves landscape and nature together with architecture."

The Runway will act as the site's primary pedestrian street and the hub of community life and social infrastructure.

This huge promenade will be inspired by Curitiba’s Flower Street, Qinghuangdao’s Red Ribbon Park, Copenhagen’s Stroget, and other great pedestrian spaces around the world.

The 2.1 km north-south runway is crossed by an 890-meter east-west taxiway which will also be predominantly car-free and link parks, community, facilities, and transit.

But the most beautiful thing about the Runway is that it will be allowed to organically grow “like a vine along a cable” to connect new and existing neighborhoods.