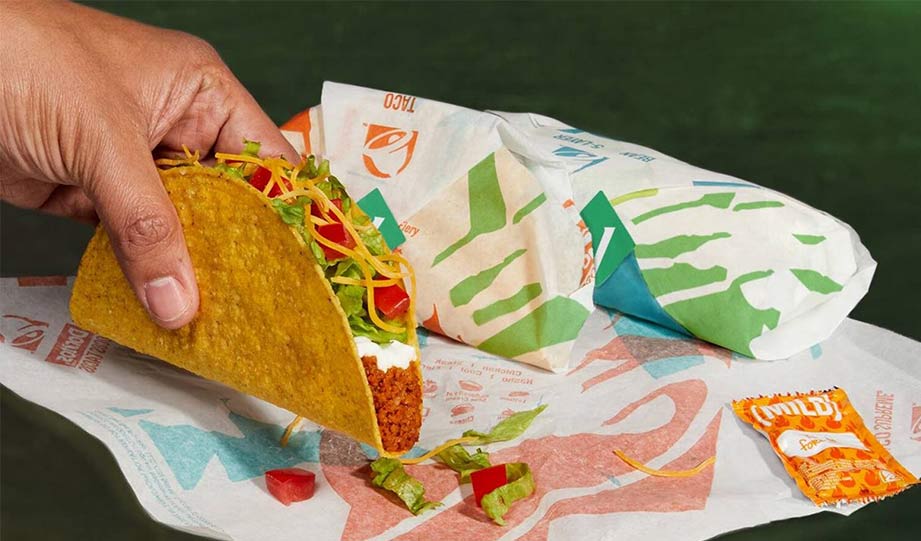 Taco Bell is testing a vegan meat alternative for its menu of takeaways.

The chain of fast-food restaurants announced that it developed its own proprietary protein made from peas and chickpeas.

This new protein will become a replacement option for season beef in all menu items at no extra charge during the test.

Fox News reports that the new meat alternative will be used in their new Cravetarian Taco.

This yummy taco will feature shredded cheddar cheese, lettuce, tomatoes, and sour cream. It will be available at a Southern California Taco Bell through April 29.

“Taco Bell is the latest chain to ramp up alternative-meat efforts. The Bell is also working on a separate alternative protein with Beyond Meat, the chain announced in January. Other fast-food chains like Burger King, Dunkin’, Pizza Hut, Del Taco, and White Castle have also partnered with plant-based meat makers Beyond Meat and Impossible Foods for menu items, too.”

Taco Bell’s CEO Mark King said that the chain will fully embrace alternative proteins after a previous statement that the chain would stick to just highlighting its own vegetarian options.

So on one hand we have lab-made alternatives to meat, and on the other, sustainable agriculture with multi-paddock grazing and responsible water use.

Which one you believe is more sustainable in the long term?