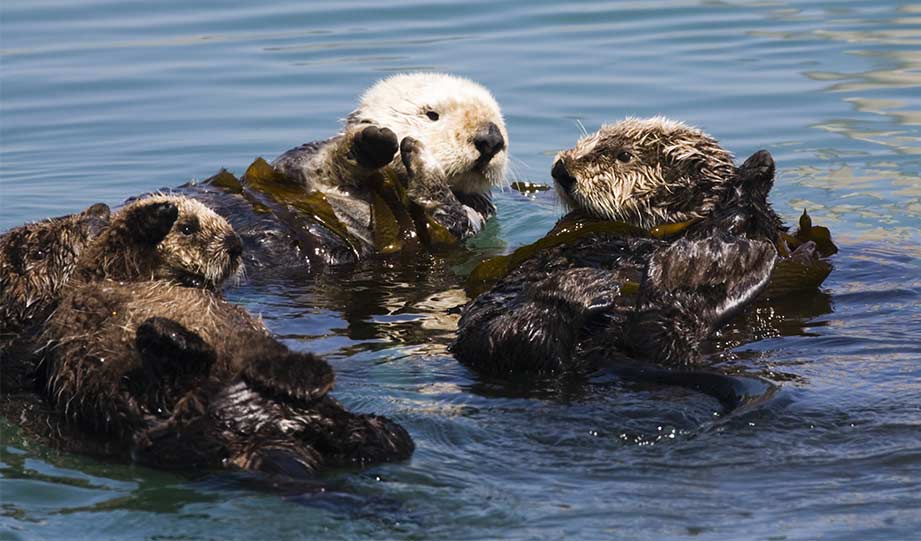 While studying healthy forests of kelp, scientists at the University of California, Santa Cruz have discovered that sea otters may help with their conservation.

Sea otters are a keystone species in the ecosystem — in this case, protecting kelp forests by preying on sea urchins with whom kelp compete with living space.

According to Science Focus, two environmental factors took a harsh toll on California’s kelp forests. One was an unusual marine heatwave that hit the Northeast Pacific in 2014, and the other was a mysterious disease that affected starfish, a major sea urchin predator.

“The combination of these two factors led to an outbreak of sea urchins. In kelp forests, sea urchins usually live in rocky crevices where they are sheltered from predators, feeding on pieces of kelp detritus that float down towards the seabed. But when kelp stopped growing so quickly – and so shed less detritus – the urchins were forced to leave their safe havens to find food.”

And with the threat of starfish out of the way, sea urchins were free to eat as much kelp as they liked.

The result was “urchin barrens,” areas of seafloor that were once kelp forests and now bristling with sea urchins.

These urchins are malnourished in comparison to their neighbors from healthy kelp forests, which sea otters now came to prefer.

By preying on sea urchins in kelp forests, sea otters help maintain a healthy balance between the species.