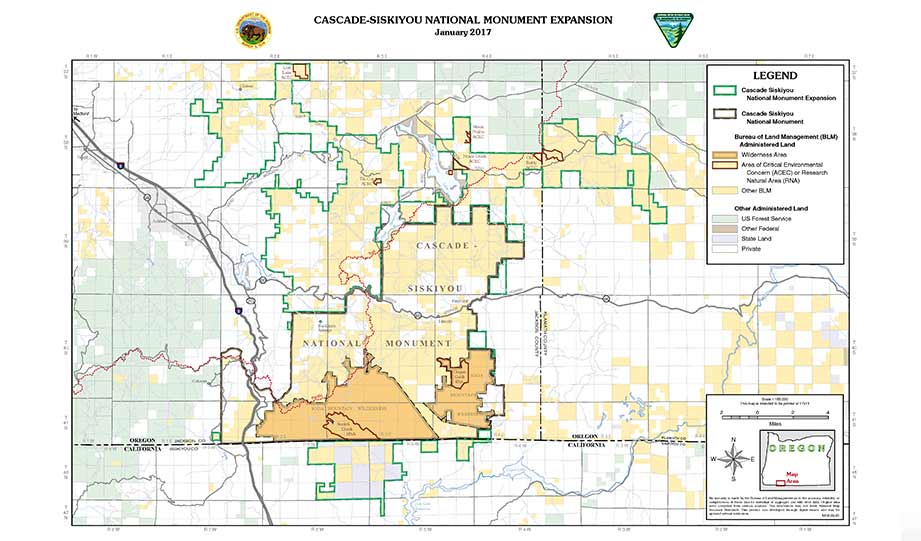 In a dramatic victory for a national monument that spans from Southwest Oregon to Northern California, a federal judge overruled a logging company’s challenge to President Obama's expansion of Cascade-Siskiyou National Monument in 2017.

The monument has been under protection since 2000 as an ecological wonder, known for its incredible biodiversity.

According to Earthjustice, Oregon logging company Murphy Timber sued the expansion, citing a 1937 law that committed some 40,000 acres of the expansion to commercial timber production.

Local conservation organizations intervened to defend the monument, and the judge ruled that President Obama acted within his authority when expanding the national monument.

“Cascade-Siskiyou National Monument is one of America’s natural wonders, not a collection of standing logs for a timber company,” said Kristen Boyles, Earthjustice attorney. “We’re grateful that the Court rejected Murphy Timber’s arguments and that this incredible monument will remain protected for all of us.”

President Clinton put the area under protection on June 9, 2000, using the Antiquities Act.

Since Theodore Roosevelt, 16 presidents used this century-old law to protect some of the nation’s most beautiful landscapes and cultural heritage.