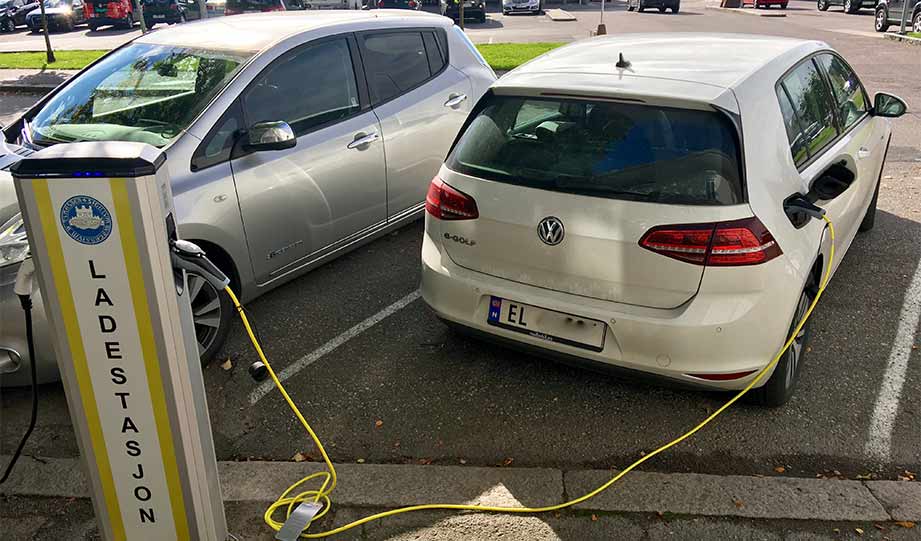 More electric cars were sold last year in Norway than those powered by petrol, diesel, and hybrid engines.

What’s more, German automaker Volkswagen has overtaken Tesla as the most popular battery vehicle brand in the country.

Battery electric vehicles (BEVs) accounted for 54.3 percent of all new cars sold in Norway in 2020, which is a global record and a significant boost from 42.4 percent in 2019.

According to U.S. News, Norway plans to become the first nation to end the sale of petrol and diesel cars by 2025 by exempting fully electric vehicles from taxes imposed on fossil fuel cars.

“The policy has turned the country's car market into a laboratory for automakers seeking a path to a future without internal combustion engines, vaulting new brands and models to the top of bestseller lists in recent years. While the sale of BEVs had broken the 50%-mark in individual months, 2020 was the first time that fully electric cars outsold the combined volume of models containing internal combustion engines for a year as a whole.”

Interestingly, Volkswagen’s Audi brand lead the sales in this Nordic country with its e-tron® SUV and Sportback models, while Tesla’s mid-range Model 3 dropped to second place.

Christina Bu from the Norwegian EV Association says that they forecast the sales to go beyond 65% of the market in 2021.

With that milestone, the goal of selling only emission-free cars in 2025 will be within reach.