Can the Saguaro Cactus Be a Carbon-Eating Machine? You Bet.

Saguaro cactuses are not just an icon of the Southwest deserts — they are a powerful asset in fighting global warming. 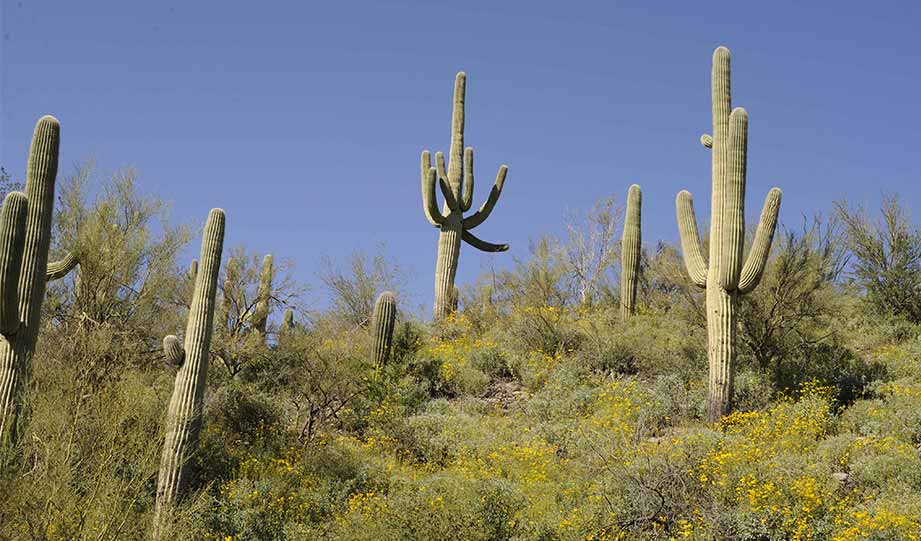 Saguaro cactuses are not just an icon of the Southwest deserts — they are a powerful asset in fighting global warming.

This latest discovery gives Arizona an opportunity to build a new climate-conscious image using the symbolism of the saguaro and the findings from one of the state’s most prestigious universities.

According to AZ Central, decaying saguaros leave behind gritty, light-colored sediments made of calcium carbonate. Basically the cactus makes a chalk line around its own body.

“All plants sequester – or trap – atmospheric carbon (CO2) as they grow. After they die, most of that carbon goes back into the atmosphere as the plant decays. But when a saguaro dies, much of that carbon is transformed into an inorganic mineral that is sequestered for geologic time in the ground.”

Most importantly, it’s not just saguaros that do this.

Professor Laurence A.J. Garvie of Arizona State University’s School of Earth and Space Exploration says all common species of cacti remove carbon from the atmosphere and sequester it in the earth as calcium carbonate.

This is something that happens all across the desert and people are only starting to appreciate.

Garvie says one adult saguaro has the carbon equivalent of about 40 gallons of gas that won’t be returning to the atmosphere when the plant dies.