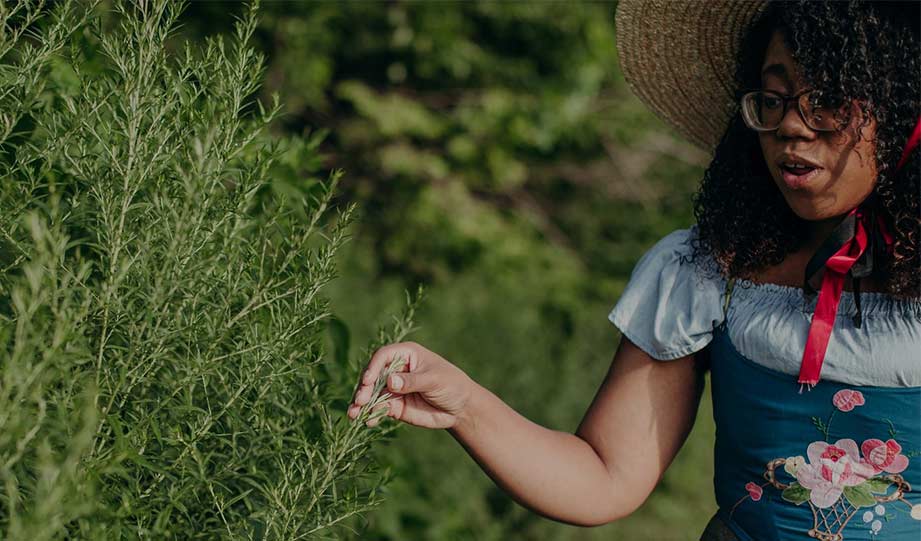 Alexis Nikole Nelson is keeping her 600,000 followers engaged with raps about ethically foraging for ramps, tips on telling Queen Anne’s lace from her evil twin, hemlock.

Nelson’s message is one of sustainability, as she encourages her followers to eat invasive and pervasive plants.

While you can always go to the nearest grocery store, foraging is a great social-distancing activity but also offers several advantages.

Grist reports that foraging means eating with the seasons, adding variety to your diet, and becoming less reliant on the agricultural industrial complex and monocropping.

Nelson’s interest in foraging sprouted during a childhood spent in the family garden. Her mother would often quiz her on plants while Nelson ran around with a toy trowel, digging holes for bulbs. Nelson soon found herself fascinated by the weeds. “The things I was most interested in were the useful plants that were not there on purpose,” she says. “I didn’t completely understand why they weren’t ‘on purpose’ despite being useful.”

TikTok recently took note of her activism and popularity, naming her one of its inaugural Black TikTok Trailblazers in February.

Nelson says there are still many laws that discourage people from foraging although the handful of people doing it would make a much smaller dent in ecosystems than corporate agriculture.