Jacob Alm Andersson has designed his own vertical farming system called the Nivå system, which is directly inspired by the experiences of local urban farmers. 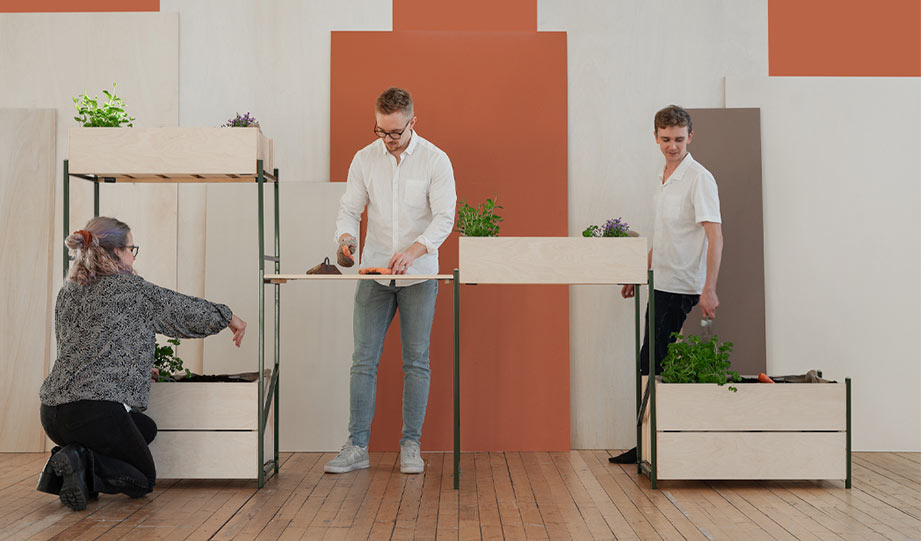 Urban farming has a different meaning in different cities around the world. While some localities can accommodate thriving backyard gardens, others resort to hydroponics, and some use rooftops.

Jacob Alm Andersson has designed his own vertical farming system in Malmö, Sweden.

The vertical garden called the Nivå system is directly inspired by the community and experiences of local urban farmers.

According to Yanko Design, Andersson learned that most urban growers in Malmö take up farming after being inspired by their neighbors’ gardens.

Andersson set out to create a more focused space where that cyclical inspiration could flourish and where younger generations could learn about city farming along with the importance of sustainability. Speaking more to this, Andersson notes, “People need to feel able and motivated to grow food. A communal solution where neighbors can share ideas, inspire and help one another is one way to introduce spaces that will create long-lasting motivation to grow food.”

Since space is limited in most cities, Andersson had to get creative on a small scale. The farm had to be vertical.

He stacked several beams together to create shelves, and then reinforced the structure with wooden beams for extra stability.

The final product is a kind of urban farming workstation which even features a central workbench where you can chop produce or prune crops.

← Mongolian Snow Leopard Research Reveals Surprisingly Good News for This Species
Can the Saguaro Cactus Be a Carbon-Eating Machine? You Bet. →