Three Sustainable Islands Rise Off the Coast of Malaysia 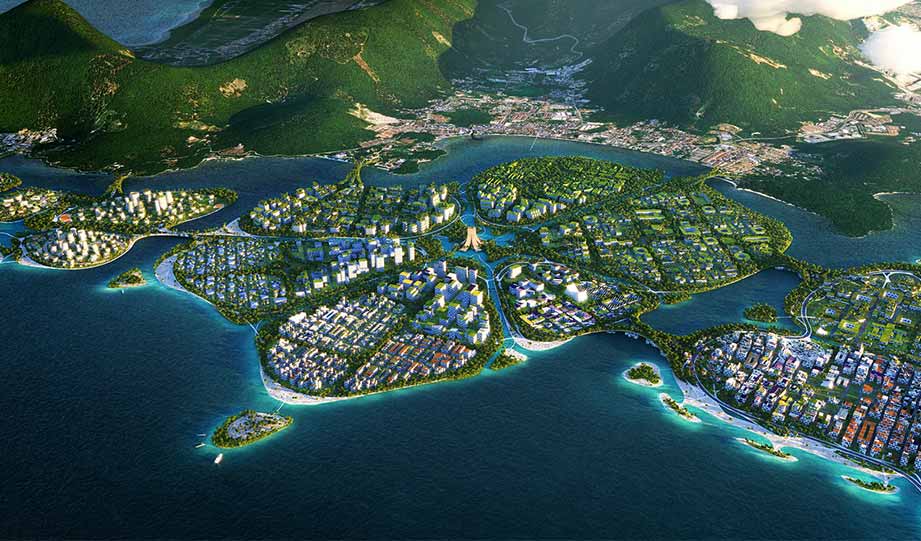 Malaysia is building three artificial islands off the coast of Penang that will become hubs of sustainability, biodiversity, and liveability.

Each island is shaped like a lilypad and will include mixed-use districts, beaches, urban wetlands, public parks, technology hubs, and a 25-kilometer-long waterfront.

According to Lonely Planet, Penang’s artificial islands are planned as a car-free environment, with each district connected by land, water, and air-based autonomous public transport networks, cycle lanes, and elevated boardwalks.

“The islands will be powered by renewable energy, while the buildings will be constructed from bamboo and Malaysian timber, as well as recycled materials. A web of ecological corridors will connect forest reserves to coastal beaches and in residential and business areas, animals and aquatic life will be provided with safe passage — free from human interference — through continuous canopy and waterways that run through and around the islands.”

The BiodiverCity project is being developed by Bjarke Ingels Group, in partnership with Ramboll and local architects Hijias. It is conceived as a part of the Penang 2030 government-led initiative that focuses on improving Malaysia's liveability, and economy through sustainable projects and development.

Designers of Penang’s artificial islands say that the goal is to create a socially- and economically- inclusive environment that at the same time protects the region’s abundant biodiversity and natural habitats.