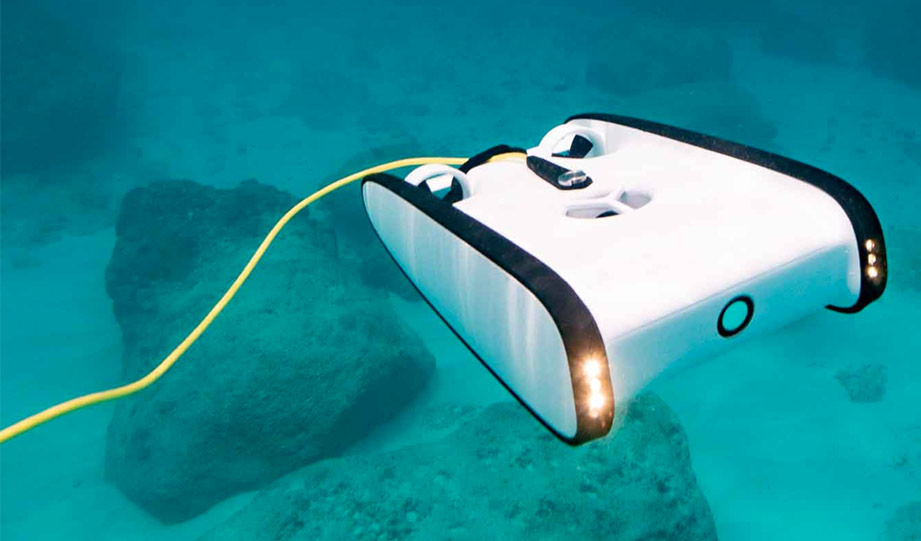 “Aerial drones give us a different perspective of something we know pretty well. Ocean drones give us a view at something we don’t really know at all,” former Spoondrift and now Sofar CEO Tim Janssen tells me. “The Trident drone was created for field usage by scientists and is now usable by anyone. This is pushing the barrier towards the unknown.”

While the new drone has a big ecological potential for DIY ocean exploration, the sea is crawling with the competition.

The main competitors are the more expensive and research-focused devices like Saildrone, DeepTrekker, and SeaOtter-2.

Priced at $1,700 The Sofar Trident is somewhere in the middle. It needs a cord to a surface buoy to power its three hours of dive time and the speed of two meters per second.