Whale, This Is A Surprise: Scientist Spot A New Species Of Beaked Whale 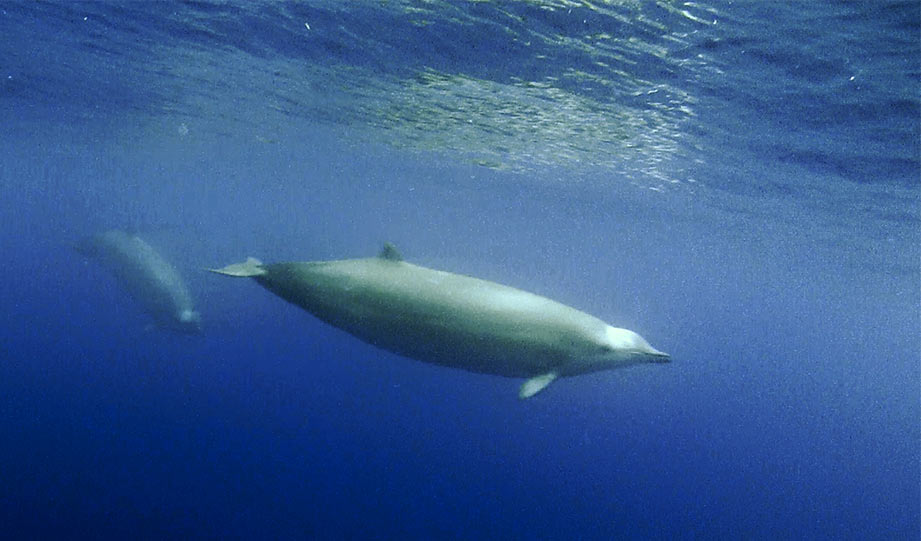 Quickly identifying them as the elusive Perrin’s beaked whales, a species that has never been officially sighted alive, the researchers realized that they might have discovered a new — and even rarer — species of beaked whale.

According to Mongabay, the researchers captured photos, videos, and even recorded the mammals’ acoustic signals.

“The whales, amazingly, surfaced four or five times really close to the ship,” Elizabeth Henderson, a bioacoustics scientist at the Naval Information Warfare Center Pacific’s (NIWC PAC) whale acoustics reconnaissance program and one of the researchers on the expedition, told Mongabay in an interview. “They actually seemed to be circling us. We put in one of our acoustic recorders, and they kind of checked that out. For beaked whales, it was incredible, because beaked whales are typically so elusive when it comes to ships.”

When Henderson and her colleagues analyzed the acoustical recordings, they found these clicks to be slightly different than those produced by Perrin’s beaked whales.

Although the scientists claim they are highly confident they stumbled upon a new species, they took water samples near the whales in order to analyze environmental DNA that will help them discover the true identity of the three curious visitors from the deep.