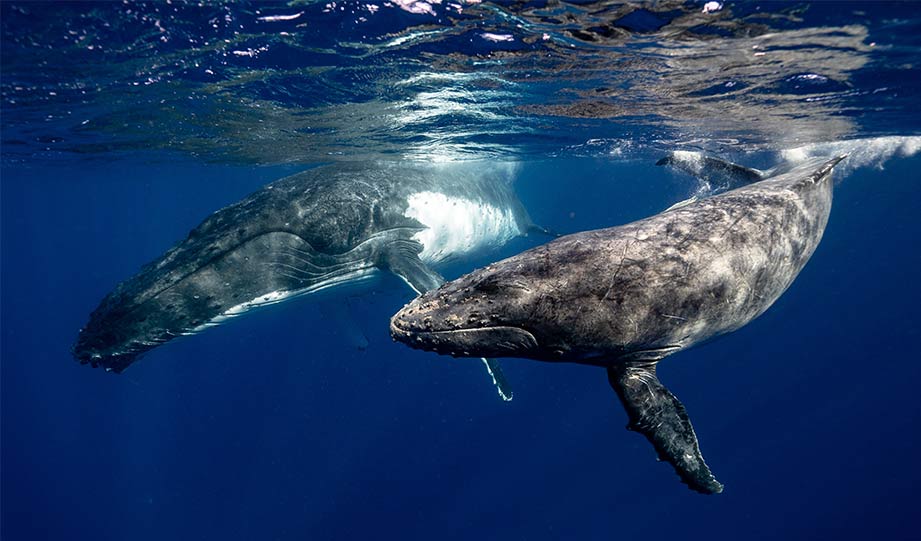 Southern California has some of the busiest shipping ports in the world, as well as one of the highest whale populations in the world. This has led to lots of problems with ships colliding with whales during travel. However, a new Whale Safe detection system has been launched which aims to reduce these collisions.

The system uses satellites and underwater microphones listening for whale songs to produce near-real-time maps that update captains on the approximate location of whales in the shipping lanes.

The Whale Safe system can also predict the likelihood of collisions too.

The problem was explained in LiveKindly:

“The busiest port complex in the world is located in Southern California waters. They’re also home to many blue whales, humpback whales, and dolphins. In 2018 and 2019, the most whale deaths on record for the area took place in the channel. While the official figure stands at 21 for these two years, experts predict the true figure is much higher. This is because whale bodies often sink to the ocean floor after death.”

Back in 2007, Doug McCauley of the Benioff Ocean Institute was one of the people overseeing the introduction of a speed reduction zone designed to tackle this problem.

As technology progresses, he and the BOI are finding more and more ways to save the whales from boats, helping to retain whale populations worldwide.