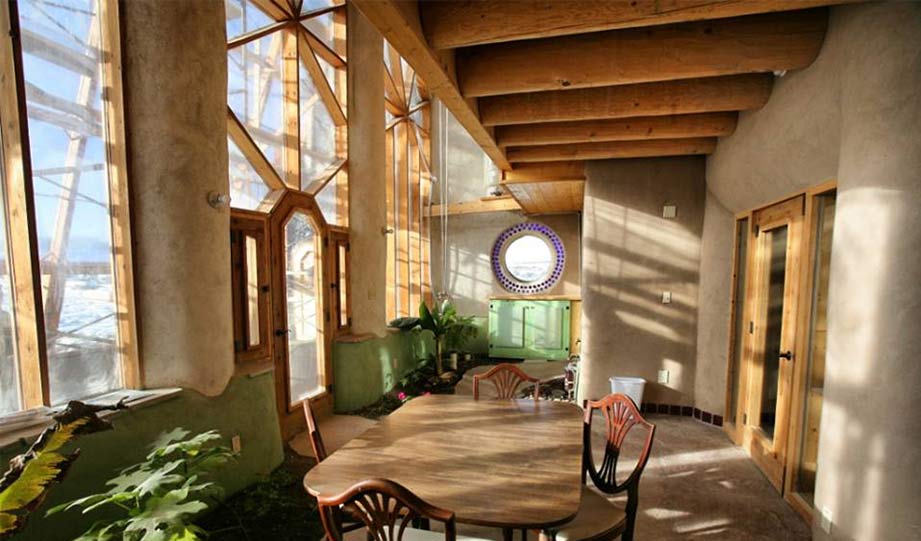 The concept of an Earthship isn’t a new phenomenon, but it has gained a lot of momentum in the eco-warrior world and beyond.

One of the early pioneers of the Earthship concept is Michael Reynolds, and his vision is for the idea to spread around the world in a healing way.

By gathering entirely renewable resources along with common trash that would end up at a landfill, Earthship teams take reusing, recycling, and remanufacturing to a whole new level to build new homes.

According to the video from Rob Greenfield, it all starts with the way you look at trash.

Rather than see something that has no more use, every glass bottle and even rubber tire becomes something that you can effectively use to build or enhance a new home.

Every project that Michael has encountered saw people from many different cultures come together with one goal. And in the process, they have found completely new ways and innovative ideas of turning trash into something spectacular.

Members in one project shared how much it had inspired and motivated them to go beyond what they thought they could achieve. It’s a great example of how the sum is often greater than the individuals.

Not only do they come up with new ideas to share with others, but the relationships they build seem to inspire more people to create their own Earthship projects.

Watch the full video about Earthships below: