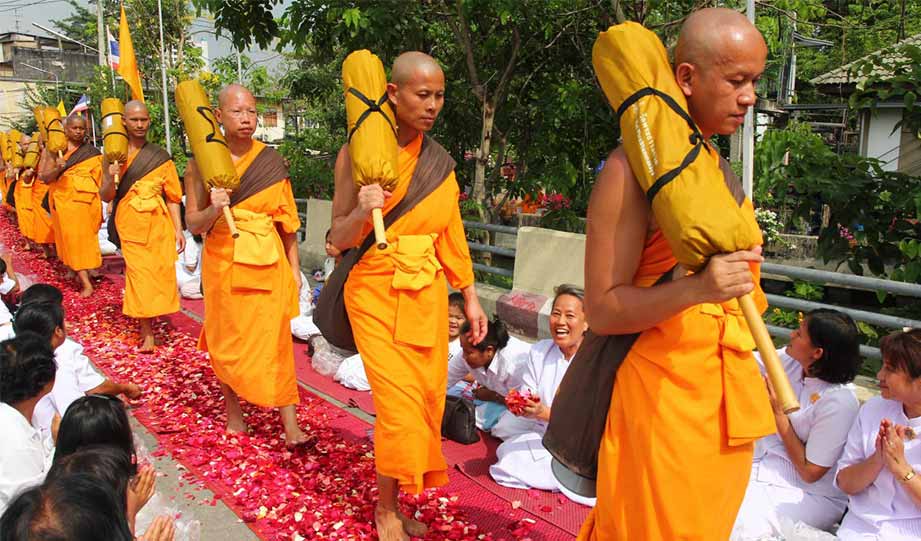 Thailand has some of the most plastic-polluted oceans in the world, causing the Thai government and local Buddhist temples to put lots of thought into solving this problem.

Phra Maha Pranom Dhammalangkaro, Head Monk at the Cha Daeng Temple, eventually realized that recycled plastic could be turned into fibers which could then be turned into Buddhist robes for monks.

After attending a workshop about recycling in Taiwan, Phra decided to start asking for local donations of plastic bottles when he returned home.

Though donations were small at first, he now receives 10 tons of plastic waste every single month from around the country.

Thai fishing boats have also been ordered by the government to help fish plastic out of the waters, with much of it being given to Phra’s organization.

The video from Great Big Story is a fascinating watch, with the benevolent monk explaining how the plastic materials are slowly turned into monastic robes.

For Phra’s community, the recycling doesn’t even end there.

This video is definitely an awe-inspiring ode to slow living and recycling.