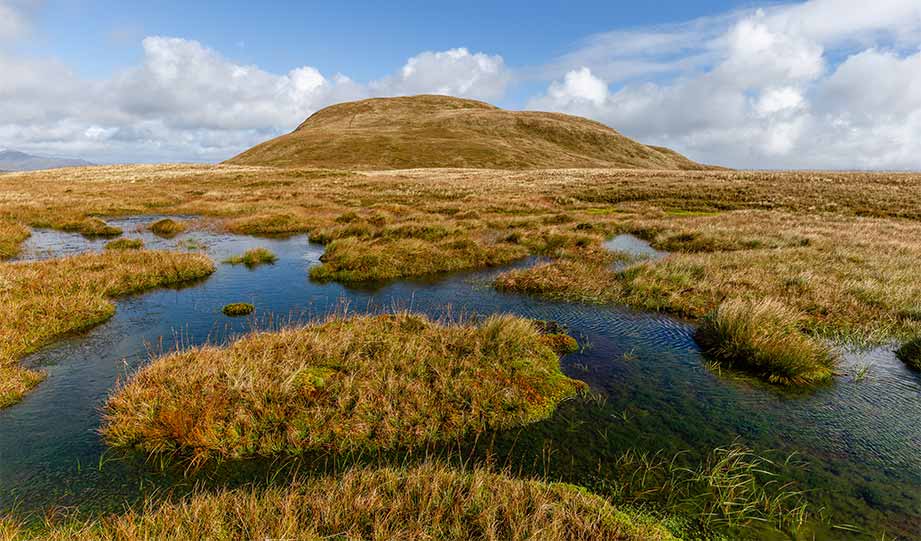 Made from partially decayed vegetation and organic matter, peat is found all over the world but it’s very common in the UK. It stores a lot of carbon due to all this decayed life, so it poses a unique problem in the global fight against climate change.

However, a team of researchers is now digging up trees and flattening furrows near Thurso, Scotland, in an effort to combat the carbon problem.

“The effort is part of a roughly £50-million (US$65-millon) investment that the Scottish government and other organizations have made towards restoring the country’s blanket bogs — undulating carpets of spongy hummocks built from Sphagnum mosses. The largest area of blanket bogs in the world is in the Flow Country — a low-lying expanse between sheer cliffs to the north and glacially carved mountains to the southwest.”

All around the world, peatlands emit billions of tonnes of CO2 every year just by existing and slowly releasing their stored carbon into the atmosphere.

This is a particularly big problem in Scotland, where peat bog areas in the North can reach up to 10 meters deep after slowly developing for 1,000 of years.

While the results of this operation remain to be seen, hopefully Scotland can preserve its natural beauty while also doing its part to reduce natural carbon emissions.