Solar farm developers are now required to use native plants as bedding for solar farms in Minnesota, which created pollinator-friendly environments. 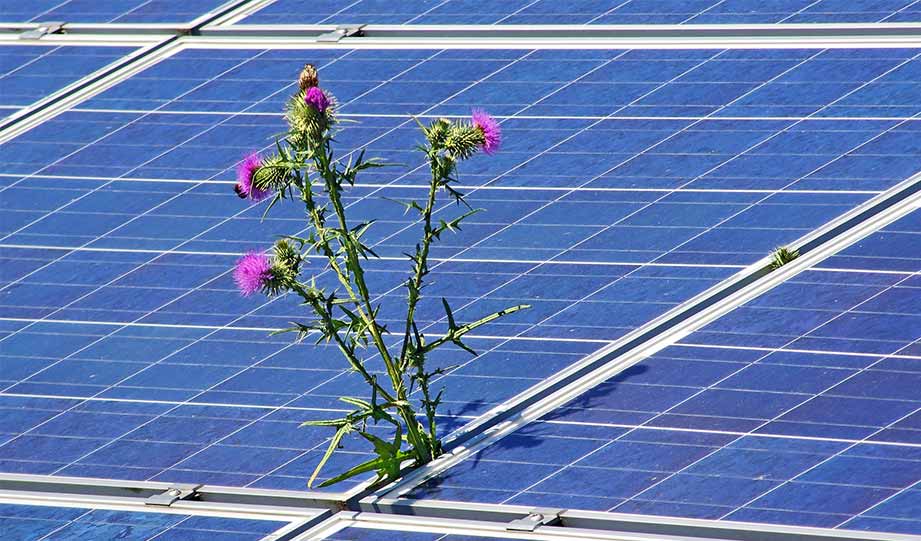 At a recent solar energy conference in Minneapolis, guests and participants were offered a free taste of a local honey-based Indian pale ale called “Solarama Crush." The local 56 Brewing makes the ale using honey from hives located on solar farms outside the Twin Cities.

As a result of a 2016 state standard, solar farm developers are required to use native plants as bedding for solar farms in Minnesota, which created pollinator-friendly environments.

Although Minnesota is among the first states that encourage solar farm developers to grow native plants, The World reports that there are already similar “dual-use farming” pilot projects in Massachusetts, Arizona, Germany, China, Croatia, Italy, Japan, and France, where crops can thrive below solar panel canopies.

“Adding plants to solar farms offers all kinds of benefits to the facilities’ primary aim of reducing carbon emissions and expanding renewable energy. “Solar development is happening on a massive scale as lands are being converted from agricultural land or unused land into solar projects,” says Jordan Macknick, energy-water-land lead analyst with the National Renewable Energy Laboratory (NREL), which funds research on the impact of native and crop plants grown in solar farms.”

Introducing crops to solar farms goes hand in hand with all the benefits of the farms’ primary aim of reducing carbon emissions.

The shaded environment under the panels benefits a range of crops, while native plants can offer refuge for declining species such as monarch butterflies and rusty-patched bumblebees.