To build a new bridge that carries a Norfolk Southern mainline over the Tug Fork River, railroad authorities made sure the construction wouldn’t harm the federally endangered Big Sandy crayfish. 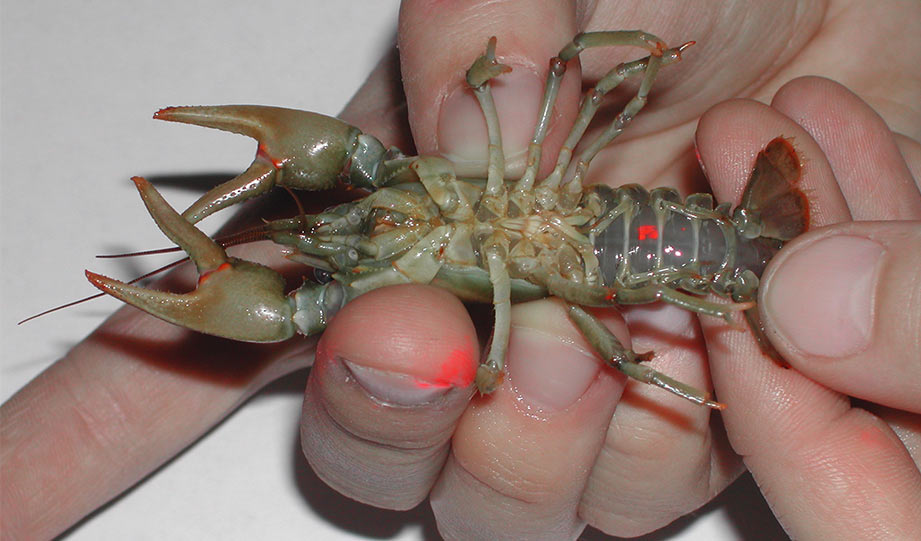 To build a new bridge that carries a Norfolk Southern mainline over the Tug Fork River, railroad authorities had to coordinate with the US Fish and Wildlife Service to make sure the construction wouldn’t harm the federally endangered Big Sandy crayfish.

The Washington Times reports that the plan was to capture crayfish from the river, hold them while the work is being done, and then release them back into the wild.

But, no one could have thought that while enjoying hospitality at West Liberty University’s Crayfish Conservation Laboratory, a number of the female crayfish would drop eggs.

We went from 50 crayfish to hundreds of them,” West Liberty professor Zac Loughman said. “We had so many baby crayfish, we didn’t have room for them all.” With ideal temperatures and plenty of food, the young crayfish reached sexual maturity in about eight months instead of the three to five years it would take in the wild.

Researchers say that it was critical to prevent young crayfish to prey on one another, as they regularly do in the wild.

When the tank became too small for all the hatchlings, the researchers moved them to bigger aquaria and threw a lot of “hiding stuff” to provide shelter holes for the little ones.

Norfolk Southern paid all expenses for the effort to preserve the Big Sandy crayfish — but the true value was the knowledge that might help save other endangered crustaceans.