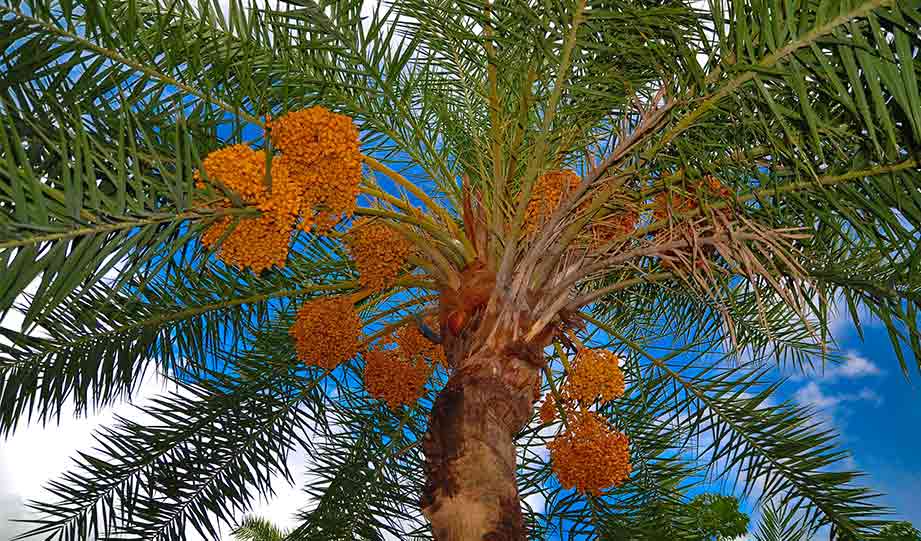 Scientists at the Arava Institute at Kibbutz Ketura in southern Israel managed to grow date palms from ancient seeds uncovered in archeological excavations in those parts.

Miriam May, CEO of Friends of the Arava Institute, says the seeds for the first ancient date tree came from excavations at Masada. The tree, called Methuselah, showed unprecedented success in growth, but because it was a male tree, it could not produce fruit.

The Jewish News Syndicate reports that six more ancient date seeds were discovered in caves near the Dead Sea, and after successful germination, one of those seeds, Hannah, was pollinated by Methuselah and bore fruit that ripened at the beginning of September.

“To see them grow several meters high and have babies was a ray of light at a time like this when people are worried and depressed. It is a sign of the remarkable resiliency of nature in the face of this terrible destruction of species. Nature will not give up without a struggle. That’s a motif for our times.”

Last February, a paper published about the successful germination of the ancient date seeds led to hundreds of inquiries and sparked a great interest in the scientific community.

Dr. Sarah Sallon, a pediatric gastroenterologist at Hadassah University Medical Center in Jerusalem who has studied the medicinal properties of plants for 15 years says that the whole process was like bringing the trees from a deep sleep.