Conservation authorities in South Africa rescued a pregnant pangolin from poachers and placed her in the African Pangolin Working Group’s release program. 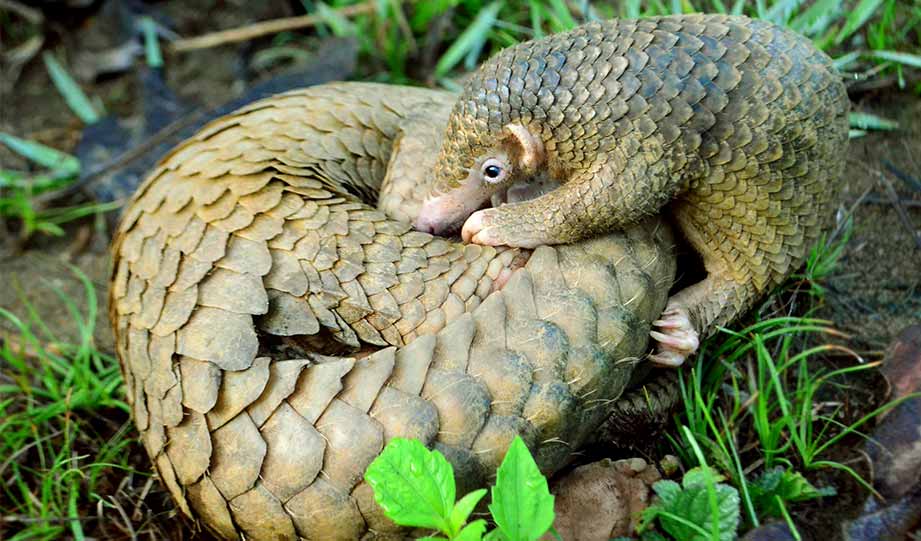 In April this year, conservation authorities in South Africa rescued a pregnant Temminck’s pangolin from poachers and placed her in the African Pangolin Working Group’s release program.

In August, camera trap footage shows that the rescued pangolin, named Ally, had given birth to a healthy pup.

According to Mongabay, Ally arrived at the veterinary hospital in the state common for most rescued animals: underweight, dehydrated, and suffering from pneumonia.

Luckily, Ally has gotten over her illness and gained enough weight to be transported to a release site in the Limpopo Valley on the northern border of South Africa.

“Like all pangolins in the APWG program, Ally’s release was gradual and closely observed. During the initial stage, caretakers accompanied Ally as she explored and foraged for food, then moved her back to a safe, enclosed space each night. At first, Ally tried to flee the area, which indicated that she was stressed. But on the other hand, the caretakers saw that she was eating well and maintaining steady body weight.”

After releasing her completely, the team kept close tabs on her via satellite transmitters and camera traps around her favorite places. And then in August, Ally gave birth to a tiny, but a healthy puppy.

Ray Jansen, chairman of the African Pangolin Working Group (APWG) said that this case is very special because Ally gave birth as a wild and free pangolin in her natural range.