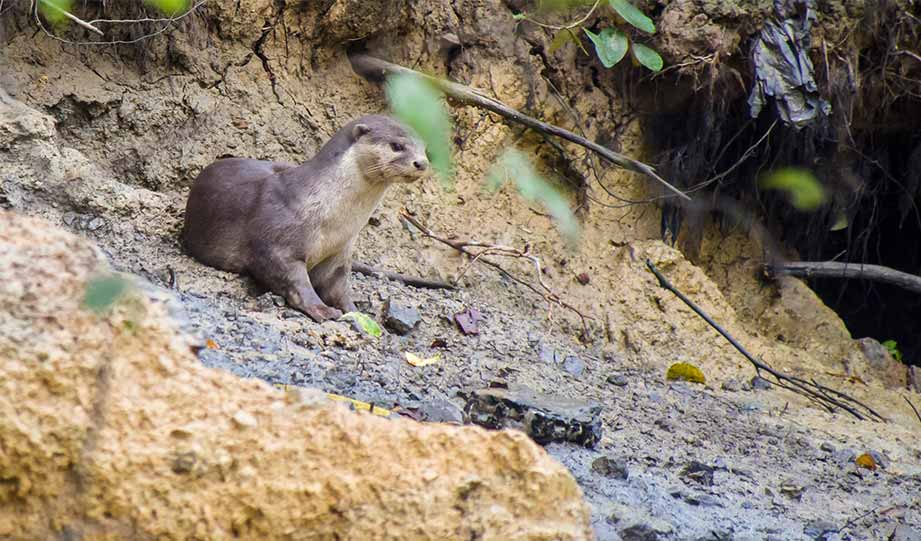 A wetlands bird sanctuary in India has seen the unexpected return of a rare smooth-coated otter. And conservationists see this as a massive success for the balance of the ecosystem.

The otter has been on a list of vulnerable species since 1996, but the sanctuary has proven to be an attractive environment for a lot more than rare birds.

A report in The Hindu had some details about the bird sanctuary.

“The Uppalapadu Bird Sanctuary, located at about 20 km from Guntur, has evolved over the years and is often touted as a shining example of human coexistence with the migratory birds, is home to about 12,000 birds — mostly, spot-billed pelicans and painted storks, which have made the water tank spread over four acres their home after arriving during the nesting season beginning in September-October.”

The sanctuary has been operating for over 30 years, and that experience speaks for itself when you hear stories like this.

Over the years, the team has seen many rare birds, fish, and reptiles that have all contributed to an increase in biodiversity.

What’s impressive is that the wetlands are also home to many humans that have managed to coexist without causing disruptions to the over 12,000 birds that make it their home.

It’s a great success story of how humans can build a healthy relationship with nature.