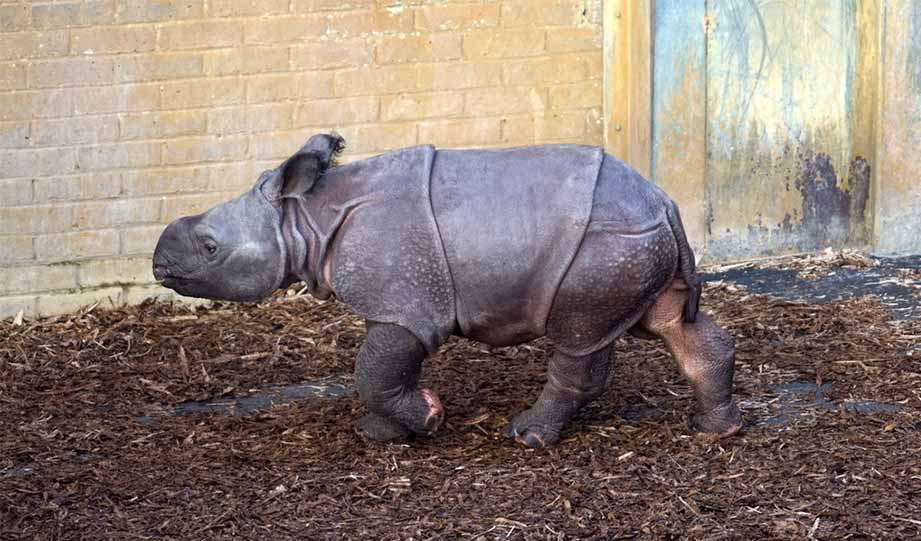 The female baby is the first Indian rhinoceros to be born in the 155-year history of the zoo. It’s parents are seven-year-old Maruska and 11-year-old Manas.

According to Channel News Asia, the Indian rhinoceros was close to disappearing from the face of the Earth, but thanks to a protection program launched in the 1970, there are more than 3,600 rhinos now, including 170 living in zoos around the world.

“Maruska, a first-time mom, behaves wonderfully,” zoo president Radoslaw Ratajszczak was quoted as saying. “She looks after her daughter, allows her to nurse, and is very delicate, despite weighing more than 2 tonnes. For example, when she lies down, she’s very careful not to crush the little one, and even gently moves her aside.” Ratajszczak said.

The Indian rhino can stand 3.8 meters tall and weigh up to 3 tonnes. They inhabit grassy wetlands of northern India, where they browse leaves and twigs, as well as fruit and water plants.

The baby is being pampered away from the public, but everybody is excited to see the cub come the spring.