‘Queen Of The Ocean’: Shark Mother To 100 Offspring Found Near Nova Scotia

This great white shark is sure to help researchers understand more about marine life and how to better conserve these amazing creatures. 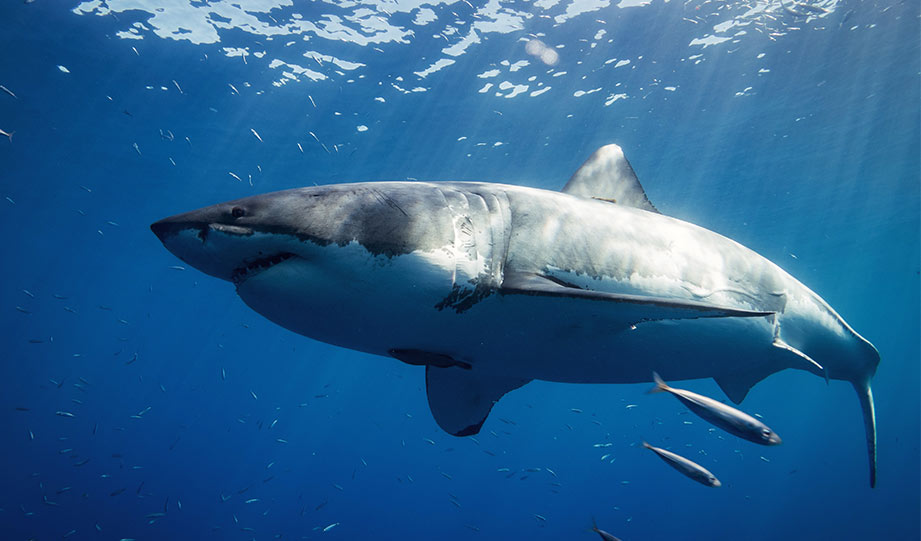 A huge 17-foot 1.5-ton great white shark has been found in Canada, off the Atlantic coast of Nova Scotia.

Dubbed the “Queen of the Ocean” by researchers, the large female shark is estimated to be 50 years old and is thought to have birthed around 100 offspring, creating dozens of new generations of sharks in her time.

The researchers named her “Nukumi,” a name paying tribute to the Native American people of Canada.

“The great white shark is the world’s largest known predatory fish, according to the World Wildlife Federation (WWF). Despite being one of the ocean’s most capable predators, the WWF lists the great white as a vulnerable species which is decreasing in numbers. The largest great white shark ever recorded, nicknamed ‘Deep Blue’, weighed over 2 tonnes and measured around 20 feet from head to tail.”

Displaying a bunch of battle scars from her days in the mean streets of the… sea, Nukumi is sure to help researchers understand more about marine life and how to better conserve these amazing creatures.

It sounds like Nukumi has had an interesting life, and I for one am fascinated to hear what the scientists will learn about her species by studying her.