Instead of traditional turbines with massive towers that inevitably become a part of the landscape, these flying kites offer a much smaller system with a minimal footprint. 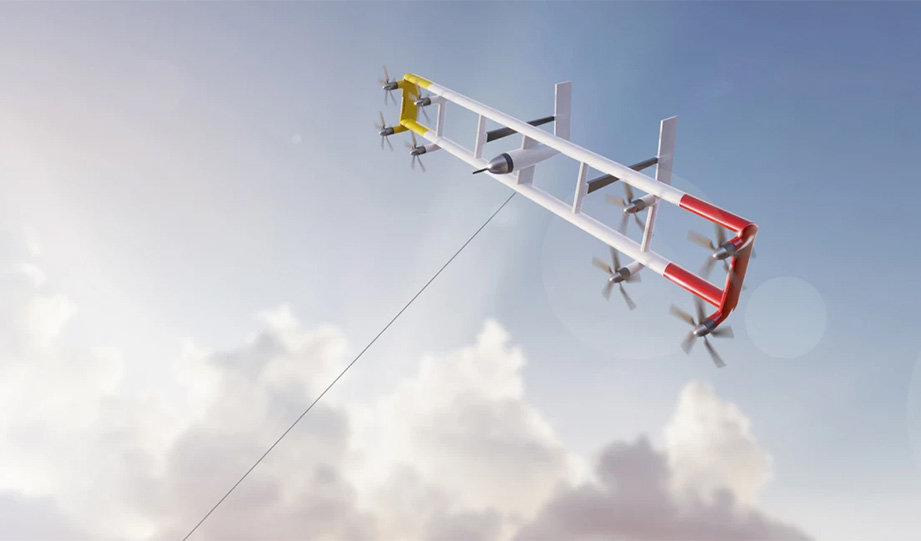 On a windy day in August, a group of engineers launched a kite-like electric plane near Munich, Germany, and watched as the device made figure 8s in the sky. Their power kite is one of few prototypes designed to harness wind energy.

Instead of traditional turbines with massive towers that inevitably become a part of the landscape, these flying kites offer a much smaller system with a minimal footprint.

According to Fast Company, the kite flies autonomously on the wind current, while eight small onboard rotors generate energy that is channeled down a thin tether to the ground.

“The most important factor is that we need 10 times less material, so we can reduce costs quite dramatically,” says Florian Bauer, co-CEO of KiteKraft, the German startup developing the technology, which recently completed a stint at the tech accelerator Y Combinator. The cost could be as little as half that of conventional wind energy. The carbon footprint of building the devices is also lower.”

Bauer says that their flying kites do the same work as the large blades of the traditional turbines but in a much smaller package.

While KiteKraft isn't the only company working on aerial wind power, in the startup they say that their technology is unique as it can be commercially viable both at small scale and large scale deployments.

← The Return Of Dolphins To The Potomac
Rescued From Wildlife Trade: Pangolin Gave Birth To A Healthy Pup →