Just like natural coral skeletons, these calcium carbonate units have nooks and crannies that act as a home for coral polyps and other marine life. 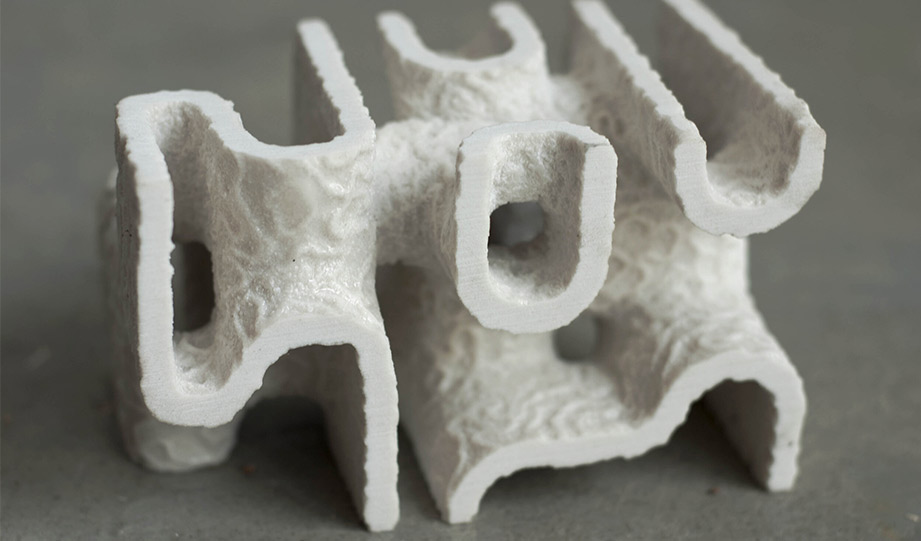 The project is developed by US design workshops Objects and Ideograms, who installed the first Coral Carbonate prototypes to the base of Float Lab in the San Francisco Bay.

Just like natural coral skeletons, these calcium carbonate units have nooks and crannies that act as a home for coral polyps and other marine life.

According to Dezeen, the goal of Coral Carbonate is to print the scaffold, onto which marine organisms can build their own communities.

“Calcium carbonate is abundant throughout the world, typically sourced from limestone, marble, and chalk. The studio hopes that in the future it may also be possible to acquire the material through carbon sequestration – the removal of carbon dioxide from the atmosphere – similarly to how coral polyps capture carbon from ocean water and convert it to calcium carbonate to make the skeletons.”

The units are deployed in a stacked form, tied with rope. This arrangement is flexible and emulates marine biofouling — the accumulation of biological matter on submerged objects that can become a home for diverse ecosystems.