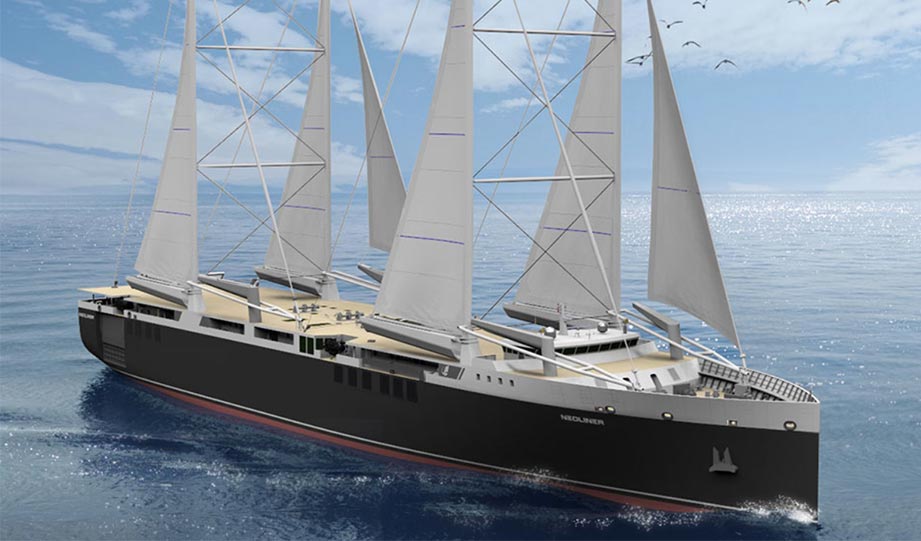 NEOLINE, on the other hand, offers shipping services that rely on wind energy as the main propulsion.

Clean Technica reports that NEOLINE’s 136m long cargo ships are propelled by 4,200 m2 of sails. NEOLINE hopes that it could reduce its transatlantic freight CO2 emissions by 90% with this solution.

The transport commitment that Michelin signed is for the cargo ships carrying containers loaded with tires from Halifax, Canada, to Saint-Nazaire–Montoir de Bretagne, France, on the pilot line opened by NEOLINE. This line will also serve the archipelago of Saint Pierre and Miquelon as well as Baltimore, Maryland.

NEOLINE plans to open its first transatlantic line with its first operating vessel in 2023, with the second vessel arriving in 2024.

The Michelin Group plans to entrust NEOLINE with at least 50% of its containers transported on the transatlantic line.

The new generation of sailing freighters will definitely pave the way for a new mode of maritime transport that is not dependent on fossil fuels.