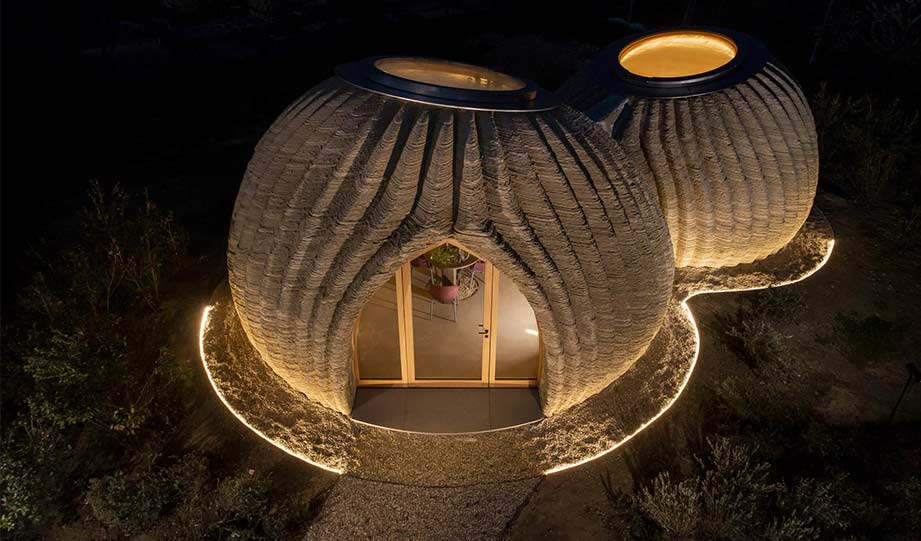 Now, an Italian company is taking this a step further by making the process greener and less expensive. The material they’re using is soil.

According to Fast Company, several 3D printers have successfully laid down layers of earth and formed a dome-shaped house in Ravenna, Italy. The house is called Tecla — technology and clay.

“There’s a long history of architecture made by mud, like adobe,” says Mario Cucinella, founder of the eponymous architecture firm that created the project, working in collaboration with engineers at the Italian additive manufacturing company WASP. “This is a palette used everywhere in the world. I think this combination expresses the idea that reducing the ecological footprint is not only about high tech, but a mix between new tools and an old material.”

While other 3D printing companies are using concrete as a material, which leaves a large carbon footprint, the Italian company uses soil, which also reduces transportation costs, as the earth is excavated next to the building site.

The company plans to test variations on the design and go even higher — make a two-story building. They’re hoping the machine will be able to print any kind of house on any soil and climate.

Watch how they construct the house: