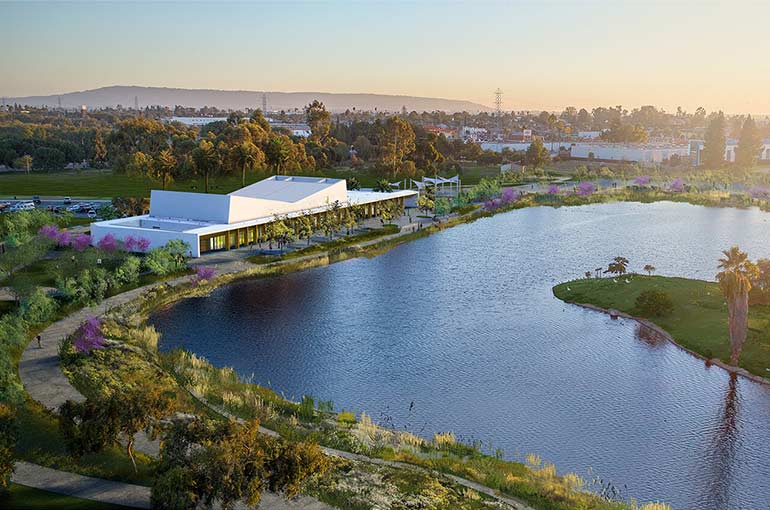 Named in honor of former NBA star Earvin “Magic” Johnson in 1994, this park is the largest in South Los Angeles. However, the 126-acre Magic Johnson Park has recently undergone a sustainable renovation. One of the updates is a stormwater capture and recycling system.

The project is made possible by a partnership between landscape architecture company AHBE and Berkley-based firm Moore Iacofano Goltsman (MIG).

Inhabitat reports that the heart of the project is an innovative stormwater recycling system that captures and diverts rainwater runoff.

“The inspiration behind this project has been to transform a widely-used community-based park into something much more: an interactive and dynamic center of learning, nature and engagement that is powered through environmentally sustainable design,” said Gary Lai, Principal and Director of Regenerative Design for AHBE | MIG.

The captured rainwater is treated with natural biofiltration through the wetlands inside the park.

The park’s two lakes which feature a walking trail with picnic areas act as storage for recycled water, which is then used for irrigation.

In return, the park wetlands provide a habitat for urban wildlife like birds and insects.

In addition to stormwater recycling, Magic Johnson Park was updated with new landscaping which now focuses on native plants of California.