A group of 17 Hawaiian students decided to do something about the problem of styrofoam in our oceans. 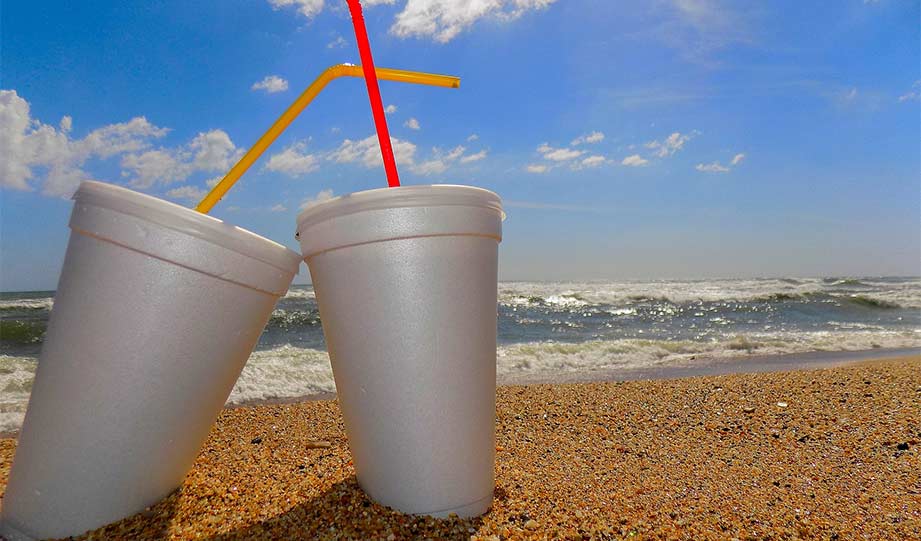 People in Hawaii throw away over 50,000 pounds of styrofoam every single day. The state is the largest per capita user of styrofoam in the US.

The problem with styrofoam is that it’s next to impossible to recycle, and also economically infeasible.

Kallie Branes from the Hawai’i Wildlife Fund says that the real problem with styrofoam is that it finds its way up the ocean food chain.

A young student from Hawaii explains that fish may not only eat styrofoam with other food, but also the chemicals that styrofoam has absorbed. Finally, we eat the fish that has eaten the styrofoam.

Devin Francke, NOAA Turtle Researcher, says that sea turtles often swallow plastic that can lodge in the intestines, blocking food and causing the turtle to starve.

National Geographic reports that a group of 17 Hawaiian students decided to do something about it. They studied the impact of plastic waste on their local beaches and found out that the biggest source of styrofoam is take-out boxes.

As a part of the project, the students used styrofoam lunch boxes to make art installations like a model of their town center or a huge styrofoam mosaic of an albatross in flight with an inspiring motto “Hold the foam.”

Watch the video from National Geographic below: