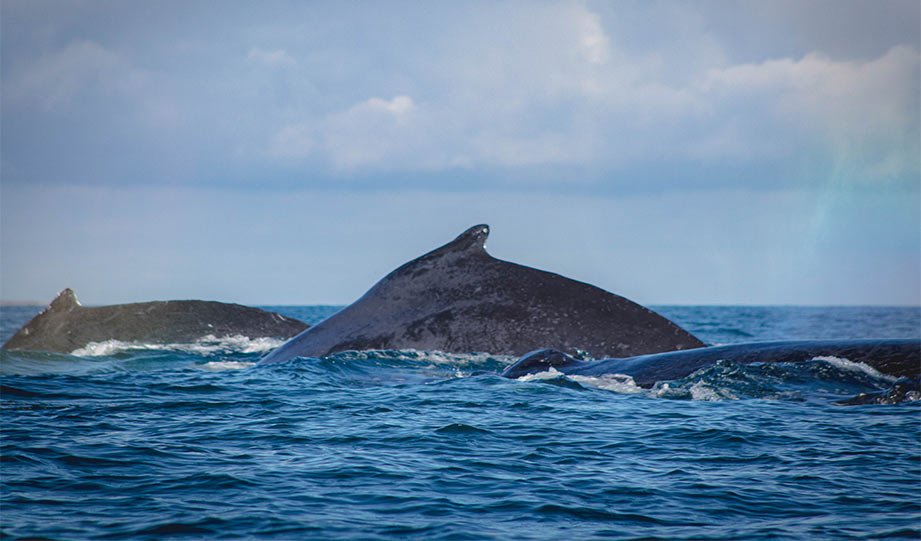 It’s a fascinating idea, but scientists have come up with an intricate link between whales and the climate. Yes, these giant marine mammals could be part of a chain reaction called trophic cascades.

A trophic cascade starts at the top of the food chain with animals like whales. The actions of these animals then cause other reactions further down the food chain.

And when it comes to whales, it goes all the way down to plankton.

Now, some politicians in Japan argue that killing whales is a positive thing because they reduce the amount of fish and krill in the seas, which means there’s less food available for humans.

But, as it turns out, quite the opposite is the case, according to Sustainable Human. A decline in the whale population has caused a decrease in krill and fish stocks.

What happens when there are more whales is that they fertilize the surface water with their poop, and that boosts the growth of plankton.

With more plankton, there is also more krill, and more krill means a boost in fish populations. And all this extra wildlife also promotes more mixing of surface water, which further boosts plankton growth.

Most importantly, plankton also absorbs CO2 from the atmosphere and traps it in the ocean as it sinks to the bottom.

So, whales play a crucial role in controlling the climate, and making life easier for these amazing mammals could make a massive difference for the planet.