The new line of photosynthetic apparel by Canadian-Iranian designer Roya Aghighi proves that the textile industry can also be sustainable. 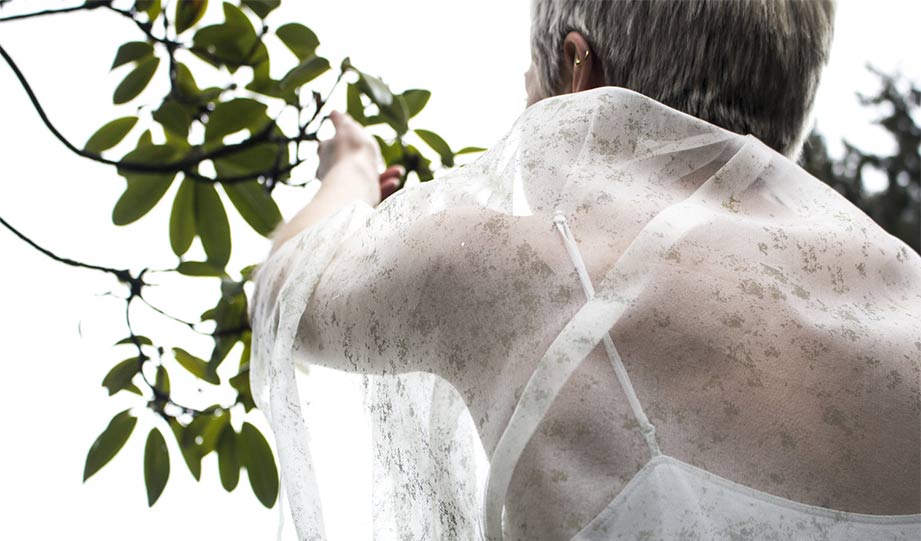 As a more sustainable alternative to fast fashion and synthetic materials, Canadian-Iranian designer Roya Aghighi has created clothes made from algae that use photosynthesis to turn carbon dioxide into oxygen.

Called Biogarmentry, the new line of photosynthetic apparel proves that the textile industry can also be sustainable.

Dezeen reports that biofabricated textiles used in Biogarmentry were developed by the University of British Columbia (UBC) and Emily Carr University. This material uses living organisms that breathe by turning carbon dioxide into oxygen.

“Biogarmentry suggests a complete overhaul rather than tinkering at the edges. The living aspect of the textile will transform users' relationship to their clothing, shifting collective behaviors around our consumption-oriented habits towards forming a sustainable future. To make the fabric for Biogarmentry, Chlamydomonas reinhardtii, a type of single-cell green algae, are spun together with nano polymers. The result, which feels like linen, is "the first non woven living and photosynthetic textile" to be created.”

In return, wearers need to take care of their clothes as they would take care of a plant. However, instead of watering, the garments only need light spraying once a week.

By neutralizing carbon dioxide and creating oxygen, the clothes also improve the immediate environment of the wearer. After the end of its life as a garment, every Biogarmentry product can be disposed of by composting.

← Iceland Has Taken The Lead In Planning A Climate-Neutral Europe
Invest In Renewable Energy — In 5 Years, It’ll Be The Cheapest →