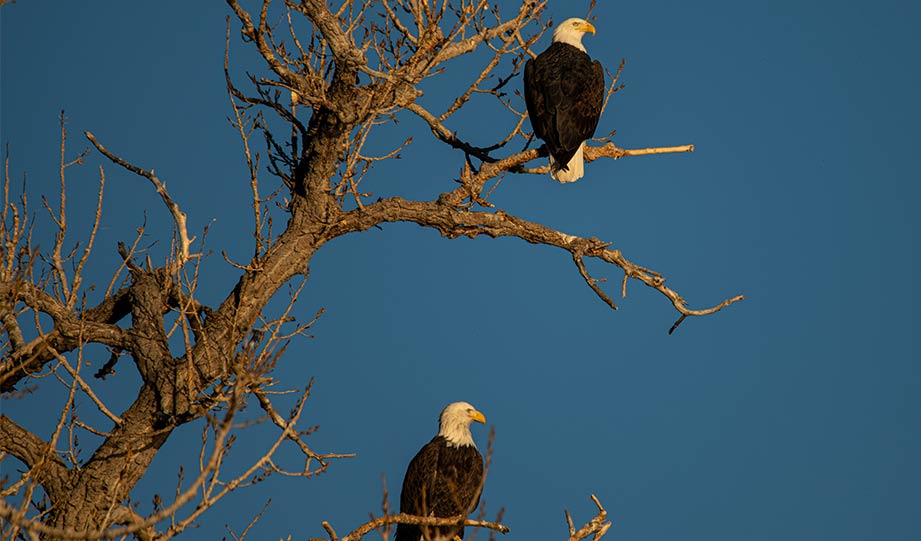 Bald eagles have been scratched from Indiana’s list of endangered species, thanks to successful reintroduction efforts that started in the 1980s.

Indiana now has such a large bald eagle population that the state's Natural Resources Commission has decided to remove the species from the category of special concern.

Whas11 reports that in 2020, there were about 300 bald eagle nesting pairs across 84 counties, although the precise number of nests is unknown.

“The precise number of nests isn’t known because physical surveys were discontinued in 2010, when 120 bald eagle nesting territories were reported around the state, said Allisyn-Marie Gillet, the state bird biologist with the Indiana Department of Natural Resources. “The bald eagle populations are growing. We don’t do a comprehensive survey anymore,” Gillet told The Herald-Times, adding that surrounding states have also seen the species rebound.”

By the late 20th century, the bird had almost disappeared in Indiana.

Then in 1985, 73 young eagles were brought from Alaska to be raised and released near Monroe Lake.

In 1991 the first successful nesting was recorded — a clear signal that the population is recovering.

Although bald eagles were removed from the federal government's endangered species list in 2007, the raptors are still protected by state and federal laws.

The DNR advises anyone who sees a bald eagle in Indiana should observe the birds, their nests, and roosts from at least 330 feet to avoid disturbing them.