Salt marshes and mudflats are not only natural buffers against high waves and soil erosion, but they also sequester large quantities of carbon, helping fight the climate crisis. 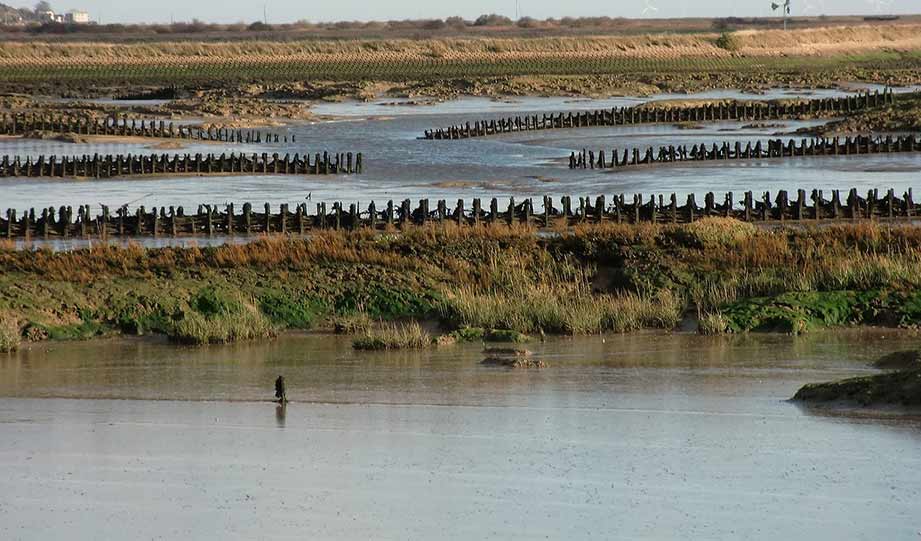 Salt marshes and mudflats found along the Bristol Channel, the Wash, the Thames, and other big estuaries in the UK present an important transitional habitat between the land and ocean.

They are not only natural buffers against high waves and soil erosion, but they also sequester large quantities of carbon, helping fight the climate crisis.

Wallasea Island in Essex is a huge step towards the preservation of these saline habitats.

“Avocets and little egrets wade in the shallows of the 22 lagoons and 67 islands in the project, which has been constructed on reclaimed farmland. Gulls, terns, plovers, buntings, and many other species thrive in the Martian, treeless landscape, an unlucky few picked off by peregrine falcons, marsh harriers, and kestrels. Hares sprint for cover in the grass meadows that border lagoons.”

Projects such as Wallasea Island are a far less expensive natural alternative to managing the rising water with dams and floodgates.

By 2025, additional 150 hectares of mudflats, 90 hectares of salt marsh, and 165 hectares of shallow saline lagoons are planned for this unique example of a nature-based solution for a climate change problem.