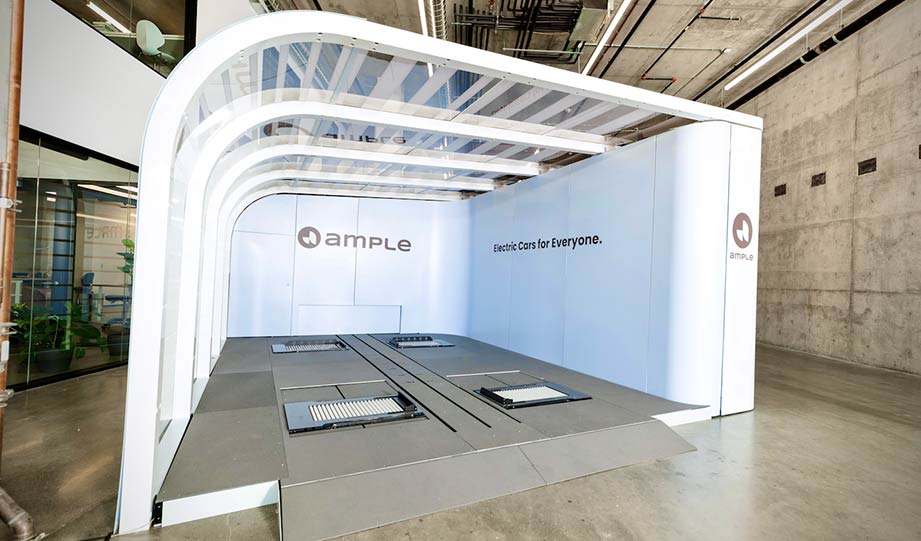 This is not a new concept, as in the early 2010s Tesla and a startup called Better Space promised their vehicles will have easily swappable batteries.

However, both companies failed to make battery swapping commercially viable, while at the same time EV companies improved their battery endurance.

“Participating drivers with supported electric vehicles can exchange a spent battery for a fully charged one in less than 10 minutes. At launch, Ample supports the Nissan Leaf — which is the main electric vehicle used by Uber drivers — and some Kia electric vehicles. It does not support Teslas, however, along with other popular EV models.”

Although EV batteries have improved significantly over the past decade, Ample believes swapping will be popular among fleet managers, delivery service, and ride-hail drivers.

These professionals drive hundreds of miles a day and don't want to stress their batteries by quick-charging them at the end of every shift.

As EV companies keep improving batteries, it means you could drive a 10-year-old car as far as the newest model, thanks to the new battery you’ve just swapped.