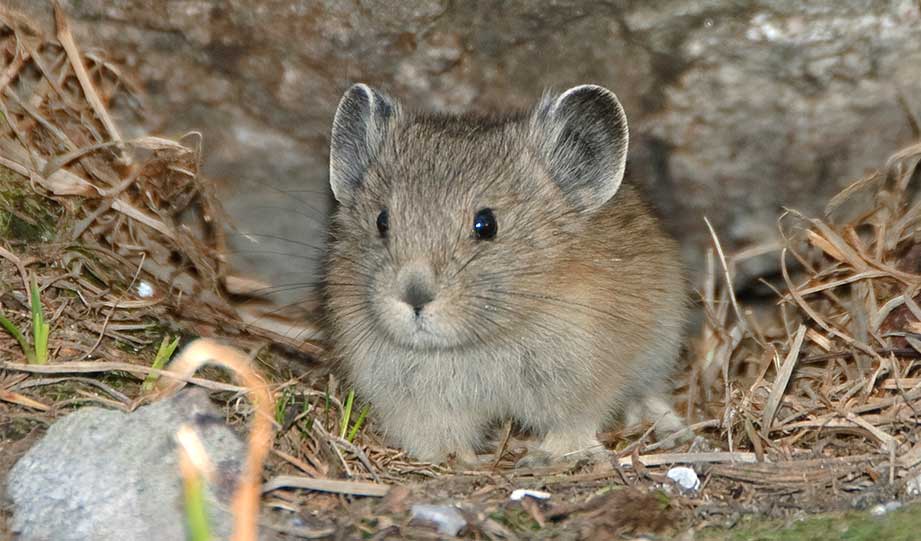 Also known as “rock rabbit,” this cute little animal has long been considered one of the most endangered mammals in America, but a new study by the Arizona State University suggests that the American pika may be much tougher in the face of global warming.

Treehugger reports that the author of the study, Emeritus Professor Andrew Smith, has studied pikas for more than 50 years and said that pikas are adapting remarkably well to climate change.

“In an extensive review published in the Journal of Mammalogy, Smith offers evidence that populations of the American pika are healthy across their extensive range, which extends from British Columbia and Alberta, Canada to northern New Mexico. He found that populations in potential pika habitat in western North American mountains was high. He found no noticeable climate factor that played a part in the areas with and without pikas.”

Although they prefer high-altitude alpine habitats, Professor Smith also discovered that pikas are able to survive even in hot, low-elevation sites, such as Bodie California State Historic Park, the Mono Craters, Craters of the Moon National Monument and Preserve, and Lava Beds National Monument — all of which have thriving pika populations.

By studying pikas that successfully adapt to shifting global climate, let’s hope that researchers are able to find a way to help other species that still need a little push.